Paul S. “Tripp” Penn III was recently elected to serve as president of both of the boards of trustees of Callaway Foundation, Inc. and Fuller E. Callaway Foundation effective Jan. 1, 2019. Penn will succeed H. Speer Burdette III, who announced his retirement at the end of December.

The boards of trustees expressed their gratitude to Burdette for his vision and leadership of the foundations.

“Speer has been a transformational leader for the foundations during his nearly 16 years at the helm,” Jane Alice Craig, a board member said. “Working in partnership with the board and the staff, he helped to develop the vision and mission statement to continue our work of making LaGrange and Troup County, Georgia a special place to live, work, learn and play.” 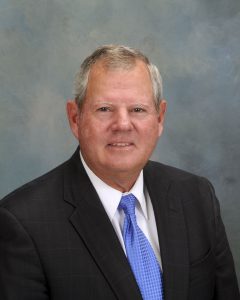 Burdette also provided significant service to numerous other charitable and civic organizations, including President of Medical Park Foundation, Inc., and as a member of the Board of Downtown LaGrange Development Authority, Industrial Development Authority, WellStar West Georgia Medical Center, as well as one of the local appointees to the WellStar corporate Board in Marietta, Georgia.

“During his tenure, we have added new members to our boards from the next generation, to continue to cultivate leadership in the family’s philanthropy,” Craig said. “The foundations are well positioned to continue in keeping with the vision established by our founders. We wish Speer the very best in his retirement.”

Penn, a native of Donalsonville, Georgia, graduated from The University of Georgia (BA, MEd) and also received an MBA degree from LaGrange College in 2003.

Most recently, Penn was employed as Chief Executive Officer at Upson Regional Medical Center in Thomaston, Georgia. Prior to that, he was employed at West Georgia Health, first as director of development and then as vice president of support services. 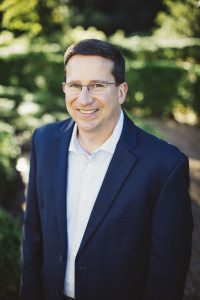 A member of LaGrange First United Methodist Church, he has served as chairman of the church council, chairman of the missions committee and Sunday school class president.

Tripp and his wife, Megan Lahey Penn, have three children. Their oldest daughter, Riley, is a senior at Georgia Tech; Hannah is in her second year at the University of Georgia; and their son, Miller, is a junior at LaGrange High School. Megan is an account executive with Health Tree Benefits/ Hutchinson Traylor Insurance.

“I am so grateful for this opportunity,” Penn said.

“I love this community, and I have seen how Callaway Foundation has greatly improved the quality of life over our two decades here. I sincerely appreciate the trustees for their service and their confidence in me.”

The Callaway philanthropies, with offices in LaGrange, have contributed more than $440 million for a wide variety of religious, charitable and educational opportunities, primarily in the state of Georgia, with particular emphasis in the LaGrange and Troup County area.