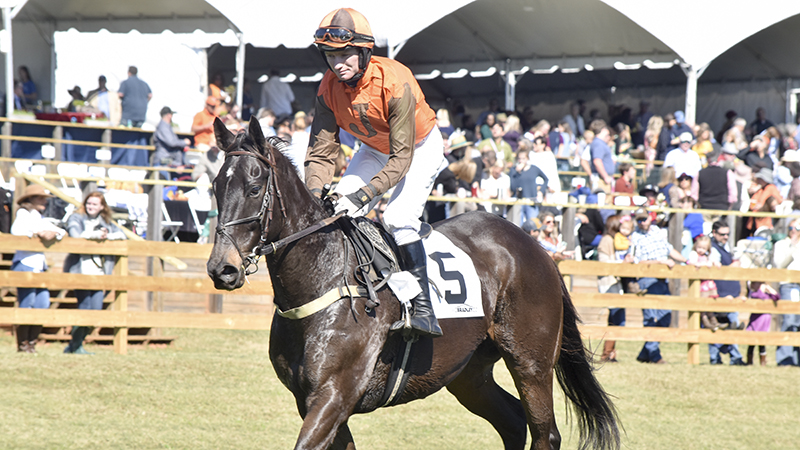 PINE MOUNTAIN — At the sound of a bugle, the horses were off on Saturday at the annual Steeplechase at Callaway Gardens.

The annual event attracted thousands of visitors from all over the country to watch the horses, dogs and ponies while wearing some truly remarkable hats.

“This is the 34th year, and we raise money for the arts in the community in Callaway Gardens,” said Mason Hardaway Lampton, the race chair. “We have about 8,000 to 10,000 people here.”

This year’s event featured a Jack Russell Terrier flat race, pony races, horse races and a competition for best hat at the race. The race is part of a series where riders compete for trainer and race titles.

“The races are really good,” Lampton said. “We’ve got some of the best horses from around the country here to compete, and we are just trying to make it a real signature event in the region, so we really want to engage the LaGrange community and make them a part of it, so that it is a regional thing.”

The event originally began as a way to raise funds for Columbus arts groups, but Lampton said he hopes that it will become a regional event.

“My father started the race as a fundraiser for the arts, and he was really good friends with the president of Callaway Gardens,” Lampton said. “He was the president of the chamber of commerce of Columbus and he wanted to start an event at Callaway Gardens to benefit the community. Basically, the goal is to have a really nice event that will contribute to the things that make Columbus a great place to live, so we wanted to work on the infrastructure of arts organizations in our community so that it is a good place to raise your kids.”