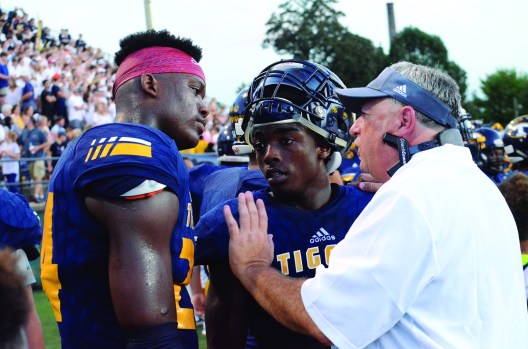 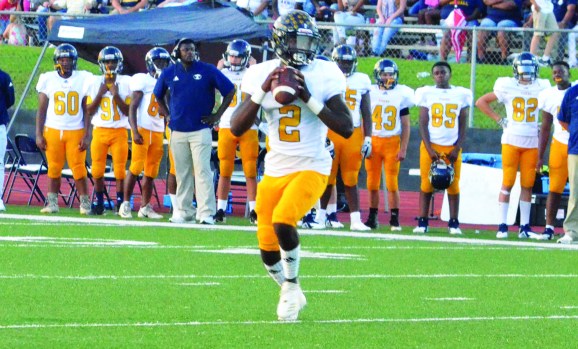 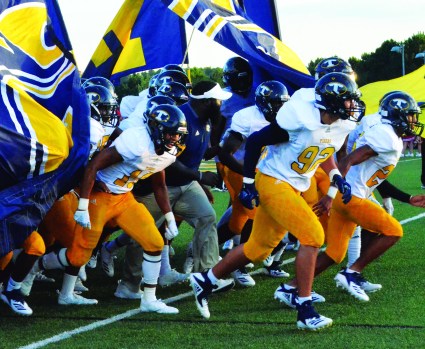 With last week’s 42-28 victory over Oconee County, the Troup Tigers became the first team in the history of the program to win state-playoff games in back-to-back years.

This is a team with aspirations of making it to Atlanta for the Class AAAA state-championship game, and it can take another step toward making that a reality with a road win over Pickens County in the second round of the state playoffs.

Pickens County (11-0), which made history of its own by beating White County 42-0 last week for its first-ever playoff win, will host Troup today, with kickoff set for 7:30 p.m.

The winner will advance to play either Thomson or Cairo in the quarterfinals.

“If you’re 11-0, you’re a good football team,” Glisson said. “We just have to be ready to go. It’s going to be a really good environment. So we’ve just got to be ready to play, and I think we are. Our guys are still excited. That’s the biggest thing this time of year. Are your guys still excited to play?”

Glisson has no doubt his players will be prepared to give it their all tonight.

“This group seems like they’ve been on a mission from day one,” Glisson said. “I feel like they’ll be ready to go.”

Leading the way are a group of seniors who have helped the program made a dramatic turnaround in a few years.

In 2015, Glisson’s first year as head coach, the Tigers dropped their first nine games before winning their last game to avoid a winless season.

After going 8-3 in 2016, Troup went 9-3 last season and beat Heritage-Catoosa in the opening round of the playoffs before losing to St. Pius X.

This season has been an even better one for the Tigers, who have not only won playoff games in consecutive years for the first time, but have become the first Troup team to reach double digits in wins since 2003.

“The 1-9 season, we knew we could really change it if we worked hard,” said Kaliff Thornton, a senior defensive lineman. “It’s been a journey, and we’re not done yet.”

This group of seniors has the appreciation and respect of Glisson, who has watched them grow and develop not just as players, but as men.

“We just have spent so much time together, probably more time than we spend with our own families,” Glisson said. “So they’re very dear to us, and they’re good football players. And some of them have had to work real hard to be a good football player. They’ve developed over time.”

Glisson added that the key was “them buying into the program, but also the consistency of the coaches being here, and having a plan in place, and staying the course, working the plan. We’ve done a pretty good job of that.”

Standing in Troup’s way is a Pickens County team that boasts a powerful offense that scores 46 points per game.

Streicher has thrown for 1,325 yards with 19 touchdowns, and he’s also the team’s leading rusher with 977 yards on 144 attempts with 13 touchdowns.

The Pickens County defense has gotten the job done as well, limiting opponents to 12 points a game.

That defense will likely face its most daunting challenge of the season.

Like Streicher, Hudson is a dual-threat quarterback, although he’s done a lot more damage in the passing game.

Hudson is surrounded by play-makers capable of scoring from anywhere on the field, including senior Jamari Thrash, who has 28 catches for 683 yards with a team-leading nine touchdowns.

Troup has been an effective running team as well, with Trey Williams and Tyree Carlisle combining for 1,231 yards and 15 touchdowns.

Troup has a veteran defense that will attempt to slow down that high-octane Pickens County offense.

Among the defensive leaders for Troup is senior King Mwikuta, an Alabama commit who has made a massive impact from his outside linebacker position.

In last week’s playoff win, Mwikuta stripped the ball away from the Oconee County quarterback, and defensive lineman Andy Boykin scooped it up and scored a key touchdown.

Outside linebacker Devon Hill has also had a big season, as has inside linebacker Kevin Martin, who is attempting to lead the team in tackles for the third straight year.

Linebacker Jatavian Smith has also been a key member of the defense, and Boykin, Kaliff Thornton, Jeremiah Holston, Royce White, Monta Hall and Jordan Adams have gotten the job done on the defensive line.

Senior safety Nick Ligon has been a steadying influence in the back end of the defense, and Alonzo Ogletree, Jace Godwin and Manderious Dix have been terrific in the secondary.

“King Mwikuta, and Andy Boykin and those guys get a lot of notoriety, but you’ve got a lot of good high-school football players like Nick Ligon, Kevin Martin, Jatavian Smith, Alonzo Ogletree, Devon Hill,” Glisson said. “I can go on and on. Those guys have done a tremendous job defensively. They’re hungry. They fly to the football. And so they give us an opportunity every Friday night.”

It’s a complete team, and Glisson said every one of the players has been willing to put in the work necessary to make this level of success happen.

“The hours that they put in is unbelievable,” Glisson said. “And the way we have been allowed to push these kids, from watching film, to reporting at 7:30, to the weight room, to everything. Its football, football, and football. And you have the academic pieces involved in that. I’m really glad and appreciative of our administration, of our teachers, the commitment they have made, and even the parents It’s parents getting kids here at 6:30 in the morning. That’s very appreciated by our staff.”

WHAT: Second round of Class AAAA state playoffs