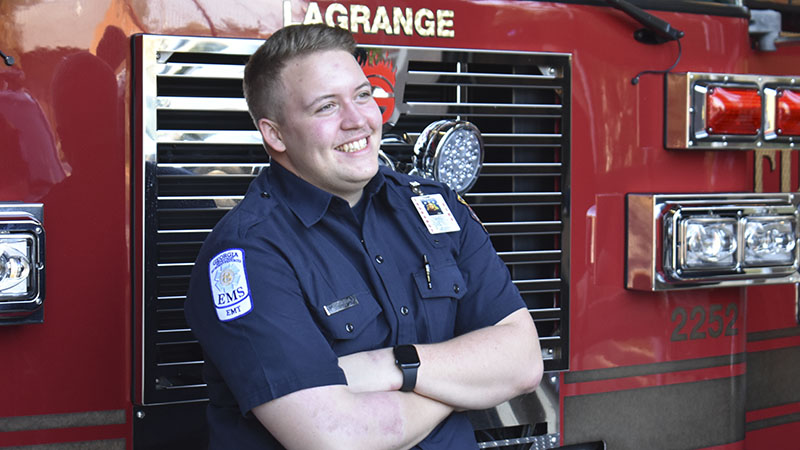 LaGrange Firefighter Jordan Avera is back on the job as a full-time firefighter for the City of LaGrange. Avera began light duty on Oct. 8, but returned to full-time fighting fires Nov. 19. He is stationed at Fire Station #4 on Moody Bridge Road.

“Now that I’m finally back, it’s been a long time coming. It feels good. It feels like I’m finally getting back to normal,” Avera said. “One of the best things about being back on the job, as well as when I was in the hospital, is these guys.”

Avera along with five other firefighters were injured in a Labor Day structure fire. Josh Williams, Jon Williamson, and Pete Trujillo were seriously injured in the fire.