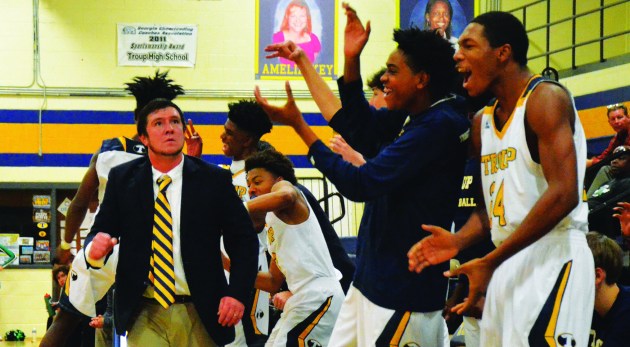 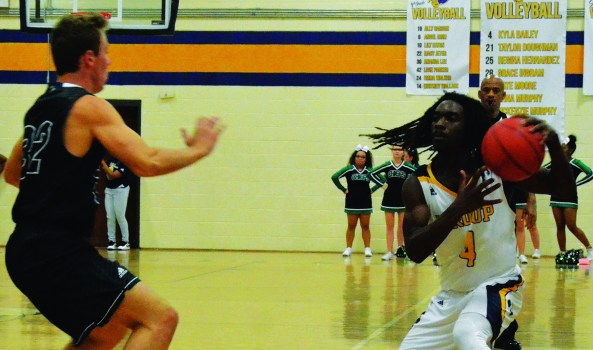 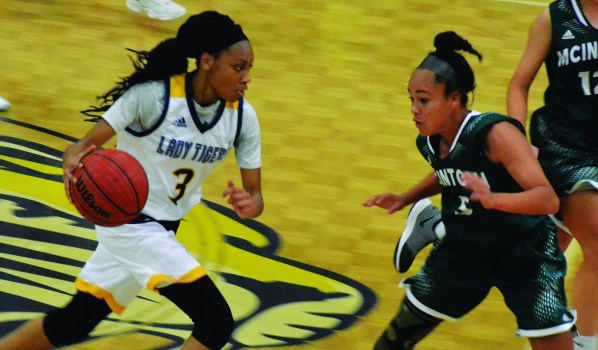 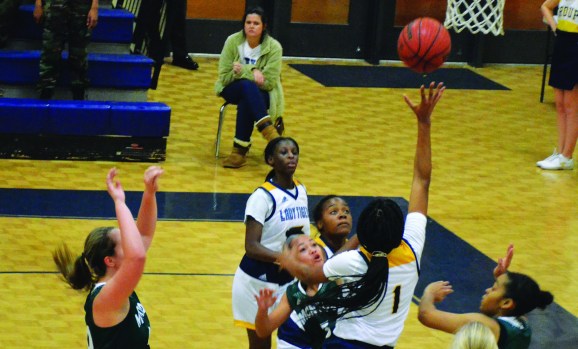 It was a shaky start, but an outstanding finish for the Troup Tigers.

Facing McIntosh in its home opener, Troup found itself on the wrong end of a 30-15 score at the half.

That deficit grew to 18 early in the third quarter, but Troup came storming back to secure a 53-50 win and even its record at 1-1.

Blake Craft, Troup’s second-year head coach, was pleased with the way some of the veterans took charge at the half.

“We had some good senior leadership,” Craft said. “Brandon (Smith) stepped up, and Quavo (McFarland) stepped up. I didn’t have to say anything. I was glad to hear that.”

The Tigers finished the third quarter on an 18-3 run to get within three, and they led by as many as seven points in the final period before winning by three.

Craft’s message to the players was “all you have to do is keep playing basketball, and do everything we’ve worked on, and they came out in the second half and did it. Basketball’s simple when you play it the right way.”

McFarland paced the Tigers with 15 points, Isaiah Cox added 12 points, and Ricco Person scored10 points, with eight of those points coming during the critical third quarter.

Person sparked the third-quarter run by scoring six consecutive points to get the Tigers within 10.

The Tigers kept coming, and when McFarland got a steal and a layup with 35 seconds left in the third quarter, it was a five-point game.

Person finished off a big quarter by scoring with six seconds left, cutting McIntosh’s lead to 38-35.

Qua Johnson hit a 3-pointer early in the fourth quarter to give the Tigers a 40-38 lead, and McFarland made one from long distance with 4:45 left in the game to extend the lead to 48-41.

McIntosh hung tough and got within two with 51 seconds remaining, but Smith’s lay-in with 30 seconds left pushed the lead back to four.

Smith made a free throw moments later to give Troup a 53-48 lead, and McIntosh scored with seconds left to complete the scoring.

After McIntosh’s final basket, Troup inbounded the ball and was able to run out the clock.

In the girls’ game, it was McIntosh rallying from a big early deficit to beat Troup 40-38.

Early on, it looked like it was going to be an easy night for the Lady Tigers, who scored the game’s first 16 points and led 16-2 after the opening quarter.

Troup was held to 10 points in the next two quarters combined, but it still led 26-20 as the final period began.

“You’ve got to stay on them (when you get ahead),” Troup head coach Carla Thornton said. “I think we let up a little bit defensively. We didn’t execute like we’d like to offensively. You’ve got to learn from it.”