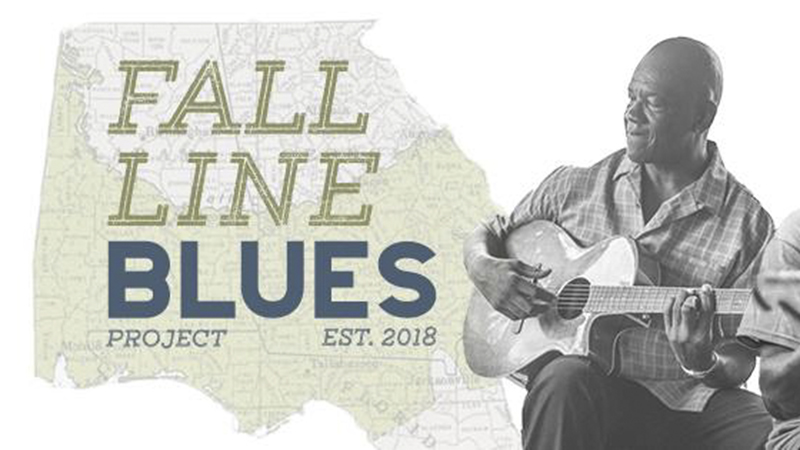 According to a press release, a new film project called The Fall Line Blues Project (produced, edited and collaborated by Jontavious Willis and Henry Jacobs) is in the making and is partnering with Pure Life Studios to bring two talented yet, little-known blues musicians to the stage.

The evening will feature music and two short films (20 minute in length), introducing Horace Combs and Eddie Hinton to the public. The films will be screened prior to the concert starting at 6 p.m. located at The Chapel  at 208 1/2 Clark Street, next door to Pure Life Studios. The concert will follow at 206 Clark St. beginning at 7:30 p.m.

The fall line is a geographical region where the Piedmont and Coastal Plain meet in Georgia and Alabama. Willis and Jacobs plan to document men and women of the Fall Line region who enjoy playing the music handed down by their ancestors. Hinton and Combs will be the first featured musicians of this series. This will be an educational concert which will give the audience an exclusive look at the unseen but heard of lives of real men and woman who pass down the culture, history and stories of their lineage through music.

“For us, the project is more a labor of love, so stories will be shared when possible,” Jacobs said.

As the project’s creative director, Jacobs, 27, is also an outreach director for the non-profit organization, Chattahoochee Riverkeeper, as well as a local photographer, filmmaker and musician.

The other part of the that keeps the men from going full force into the project is apart from coordinating and leading the interviews, Jontavious Willis, 22, is widely considered to be a rising star among the ranks of nationally touring Blues musicians and has shared the stage with the likes of Taj Mahal and Keb’ Mo’.

“I’m extremely proud to be a presenter in this project,” said Maggie McDonald, owner of Pure Life Studios and The Chapel. “Jontavious and Henry are both preservationists. I have witnessed first-hand how passionate they are about the truth, preserving the integrity of cultural stories, especially in the surrounding area, and in telling of individuals who have been shaped by the terrain, events and social landscape of this region.”

Music starts at 7:30 p.m. at Pure Life Studios, and the two films will be screened at 6 p.m. next door to Pure Life at The Chapel. Donations for the film will be accepted at the door. No cards accepted. All proceeds from the film will go to the Fall Line Blues Project.

For more information and tickets for the concert, visit Purelifelagrange.com. To learn more about the Fall Line Blues Project, visit the project’s page on Facebook.