By Baker Ellis and Daniel Evans
The LaGrange Daily News

Troup County Commissioner Morris Jones was arrested Saturday night and charged with DUI-alcohol, failure to maintain lane and due care while operating a motor vehicle, according to arrest/release records from the Troup County Jail. 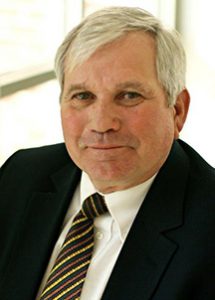 Jones was booked at 9:42 p.m. and released at 10:08 p.m. on bond Saturday evening. Jones is in his fifth term as county commissioner and represents District 4. He attended Tuesday’s Troup County Commission meeting.

When reached for comment, Jones called the arrest a “pending matter,” and chose not provide any additional comment.

Maurice Raines, post commander at the LaGrange Georgia State Patrol office said Jones was treated like any other impaired driver during the course of the arrest. He was pulled over on Highway 109.

“Our job is to get impaired drivers off the roadway,” Raines said. “[My corporal] encountered an impaired driver and did his job, and I stand behind him 100 percent. Once we are through with our investigation as far as putting a case packet together, it will be forwarded to the courts to decide what is to be done with it.”

Raines further specified DUI charges and due care while operating a motor vehicle charges do not always go hand-in-hand.

“There has to be another factor involved,” Raines said.

According to court records, Jones is scheduled for a court date March 11.