No new information on missing Valley teen with LaGrange ties 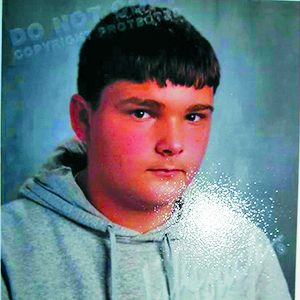 VALLEY – The mother of a 16-year-old Valley teenager just wishes her son would come home.

Kim Mcconnell, the mother of Darren Earles, who went missing Oct. 25, said she doesn’t have any new information about her son’s whereabouts after six weeks of him missing.

Valley Police Department Major Mike Reynolds said the case has been turned over to the investigations division. He said officers are still trying to contact some family members.

“Our guys are still actively investigating it,” he said.

In November, Valley Police Chief Tommy Weldon said Earles was last seen on Oct. 25, as he left Valley High School with his backpack, walking toward the Circle K gas station.

He said the police are working on the theory that Earles ran away, but there isn’t video evidence to show if he got into a vehicle.

“We believe somebody picked him up, but we don’t know who,” he said. “We have been interviewing people who saw him last but haven’t had any luck.”

Weldon also said the police believe he is with a family member, as he has several in Georgia, but the Valley Police Department did not have success when checking with those individuals.

“We think he is probably with a family member, but we don’t know who,” Weldon said.

Mcconnell lives in Rankin, Georgia, and her son lived with his father in Valley. She said Wednesday that she has reached out to his family in LaGrange, but was told they hadn’t seen him.

She said she’s confident he ran away, and he didn’t have anything to tie him to Valley. He didn’t have a job, a bank account or any activities other than high school.

“I’ve broken down a few times, but I try to stay strong because he hasn’t been found hurt or anything,” she said. “He hasn’t been seen in public anywhere either.”

Mcconnell said she learned of her son missing from his father, who called to inform her of what happened. The police said Earles was reported missing by his father and stepmother.

Anybody with information about Earles’ whereabouts is encouraged to call the Valley Police Department at (334) 756-5200.