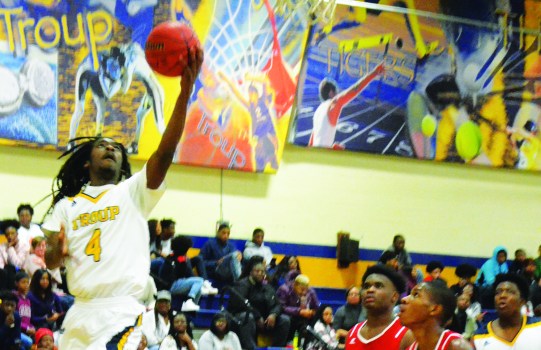 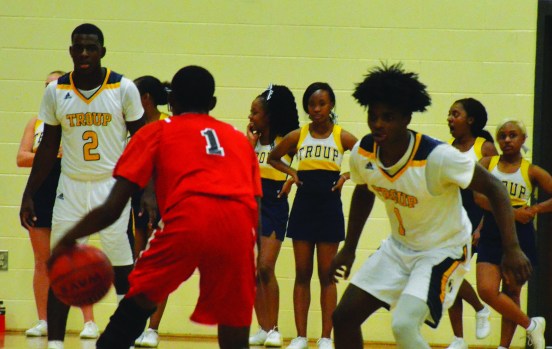 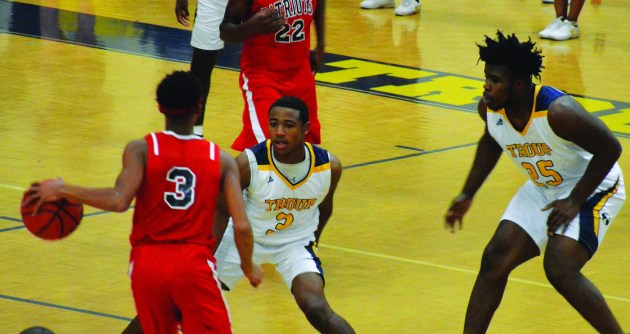 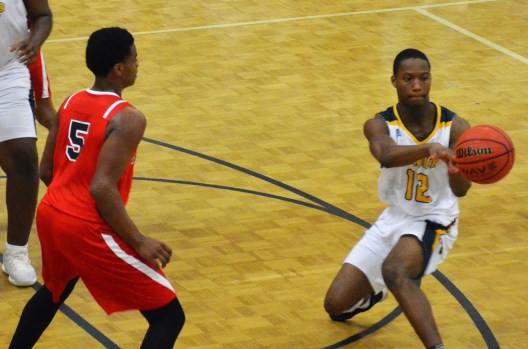 They’re at full strength and ready to roll.

The Troup Tigers, playing their first game with a full roster, broke open a close game midway through the fourth quarter on the way to a 57-49 victory over visiting Greenville on Wednesday night.

The Tigers played their first two games of the season without the football players, who were busy trying to win a state championship.

The football team’s season came to a close last week with a loss to Blessed Trinity in the state semifinals, and the members of that team who also play basketball were on the court for Wednesday’s game.

“They’ve got some rust. I’m trying to find the right rotation,” said Blake Craft, Troup’s second-year head coach. “The good thing is, we played 11 out of 14 people. We’re going to play fast. That’s how it’s going to go.”

Wednesday’s game was tied at 44-44 when one of the football players, Kobe Hudson, knocked down a 3-pointer, giving Troup a lead it wouldn’t relinquish.

“We had some spurts. We didn’t put anything together,” Craft said. “That’s going to come. Some of them have only been practicing two or three days. It’s going to be really nice once all the puzzle pieces are together.”

While the presence of the football players was felt in a positive way, it was one of the men who has been there all season who led the team in scoring.

Senior LaQuavo McFarland made three 3-pointers on the way to a 16-point night, and he was also 3-of-3 from the free-throw line.

“He’s a senior leader,” Craft said. “I put him through the ringer, and he’s been leading us. He’s led in scoring every game.”

Another senior who has been with the basketball team all season, Brandon Smith, added 14 points.

“Those are two seniors that have been here working,” Craft said. “They were here all summer, all fall.”

The Patriots were ahead 44-41 when Andy Boykin pulled down an offensive rebound and scored, and he was fouled in the process.

Boykin made the free throw to complete the three-point play, and the game was tied 44-44.

With four minutes left in the game, Hudson’s 3-pointer gave the Tigers a 47-44 lead.

Moments later, Hudson grabbed an offensive rebound and scored, and Troup was up 49-44.

The Patriots got as close as four after that, but the Tigers scored the final four points to win going away.

Smith and Hudson both snared offensive rebounds after missed free throws in the final seconds to help Troup hold off Greenville.

Troup has road games against McIntosh on Friday and Valley on Saturday.