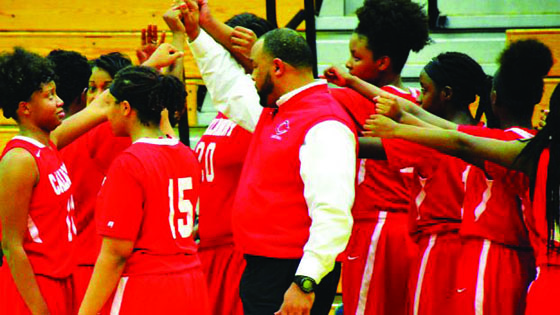 One week after the football season came to a close, Callaway’s boys’ and girls’ teams will be on the court today for the season opener against Newnan.

The girls’ game will tip off at 6 p.m., with the boys’ game to follow.

Callaway’s girls’ team is coming off a successful season.

Callaway reached the Region 5-AA-championship game before beating South Atlanta 54-49 for the first state-tournament win in the history of the program.

Among the returning players who’ll try to keep things headed in the right direction are seniors Jasmine Dukes, Qua Beasley and Kierra Jackson.

“My goal each and every year is to win the region, and then advance as far as I can at state,” Martin said. “I thought last year we made some strides in the right direction, making it to the second round. That was the first time.”

The Cavaliers are coming off a difficult 2017-2018 season which came on the heels of a phenonemal five-year stretch.

Callaway won four consecutive region championships beginning in the 2012-2013 season, and it won at least one state-tournament game for four straight years beginning with the 2013-2014 season, and that included a trip to the state semifinals.

Last season, an inexperienced Callaway team struggled to a 3-16 record, and the season ended with a first-round loss to Heard County in the region tournament.

A bright spot last season was the performance of two freshman guards, Demetrius Coleman and Ja’Vontay Boddie, and those two will be on the court for today’s opener against Newnan.

Callaway’s roster will be bolstered by the presence of some new players, including Cartavious “Tank” Bigsby and Jacob Freeman, standouts on the football team who will be playing basketball this season.

Today’s games will be the start of a busy stretch for Callaway’s teams, who will each play five times over an eight-day stretch.

Callaway’s teams will play their home openers on Saturday against rival LaGrange, with the girls’ game set to tip off at 4:30 p.m., and the boys’ game to follow.

Callaway visits LaGrange on Tuesday before playing road games against Lamar County on Dec. 14, and Troup on Dec. 15.