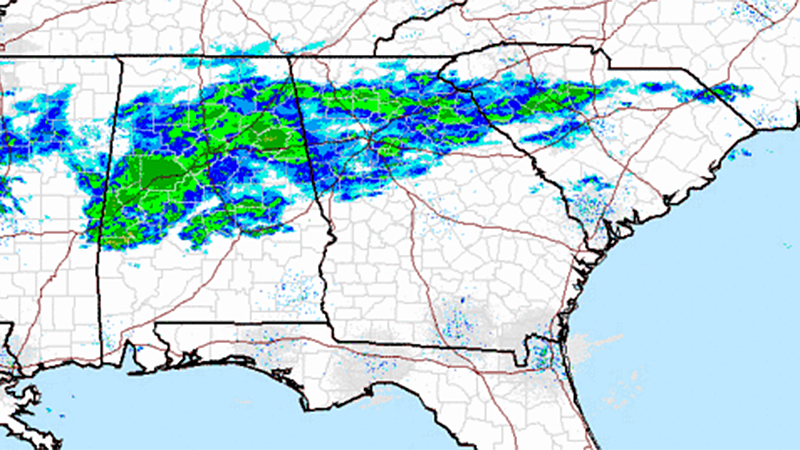 If you’re up early on Monday morning, there’s a chance you might see a few snow flurries in Troup County, but any that does fall won’t last long.

According to the National Weather Service in Peachtree City, it’s going to be a rainy weekend. Starting Friday night, the forecast calls between 2-3 inches of rain in LaGrange during the weekend.

“It’s going to be wet, that’s for sure. There is a slight chance we could see some snowflakes sprinkled in, but it’s pretty small for the LaGrange area,” said meteorologist Kyle Thiem.

“We may see some snow flurries sprinkled in with some rain early, early Monday morning. Right now temperatures look to be in the mid-30s, so if any flakes do come down it’s not going to last for very long.”

The highest chances of snow flurries in Georgia are in the northeastern portion of the state. In Troup County, rain will be the biggest threat. Most of the state is under a flash food watch.

“We already have several rivers and creeks that are running up pretty high, so any additional rainfall is going to produce some pretty good run-off, which could take some of those creeks and rivers and elevate them back up into a flood stage,” Thiem said.

The lowest temperatures of the week are forecasted for Tuesday night into Wednesday, when below freezing temperatures are currently expected.

According to the Downtown LaGrange Facebook page, free carriage rides have been cancelled for the weekend due to the forecast. Santa Claus will also be moved indoors.