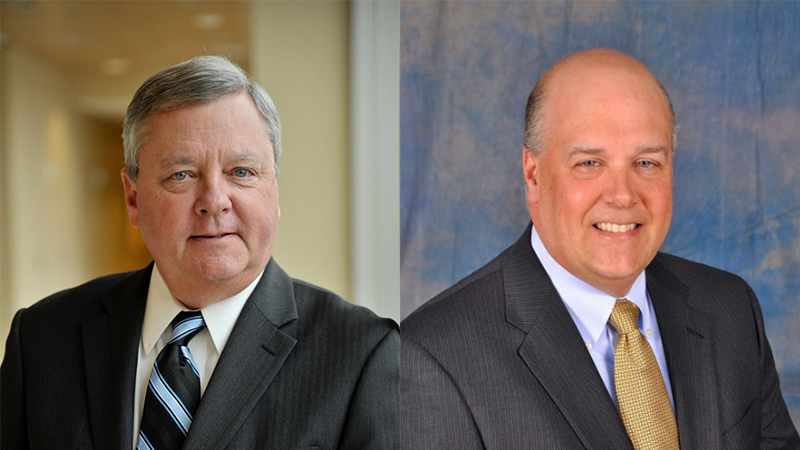 After serving the community of LaGrange — and beyond — as president of WellStar West Georgia Medical Center for almost two decades, Jerry Fulks has announced his retirement effective Friday, Jan. 11.

WellStar Health System announced Tuesday that Coleman Foss, who has served as the CEO of Tennova Healthcare-Cleveland in Tennessee since 2007, has been named president of WellStar West Georgia. His first day on the job will be Monday, Jan. 7.

“As the day of my retirement draws closer, I am realizing more and more how emotionally difficult it will be when I don’t walk through the hospital doors on Monday morning for a regular day at the office,” Fulks said. “I’ve always said that a hospital is so much more than bricks and mortar. The heart of WellStar West Georgia lies within our team members, and I can’t begin to express my love and appreciation for my work family.”

Fulks and his wife, Cindy, look forward to continuing their life in LaGrange while visiting their children and grandchildren as often as possible.

As they acclimate to living a new chapter in LaGrange, so too will Foss and his wife, Amy. Moving to LaGrange will bring them closer to family and to his alma mater, Auburn University, where he earned a bachelor of science degree in healthcare administration in 1986. He also received a master of science degree in health administration in 1989 from the University of Alabama at Birmingham.

Foss’s healthcare experience includes nearly 25 years in executive roles. At Tennova, he was responsible for the overall management and operations of a 351-bed acute-care hospital. During his tenure, he boosted hospital star ratings through the Hospital Consumer Assessment of Healthcare Providers and Systems; improved patient, physician and employee satisfaction; and reduced turnover from 37 percent to 9 percent.

“Coleman is value-driven with a passion for bettering the health of communities and supporting local endeavors,” said Carrie Plietz, executive vice president and chief operating officer of WellStar Health System’s hospital division. “I am confident he will keep the trajectory of excellence for WellStar West Georgia and continue his track record of growth and success.”

Under his leadership, WellStar West Georgia has worked to enhance access to care in the community by expanding its services, transforming its culture, significantly improving the quality of care delivered to patients, prioritizing patient safety, achieving new heights in patient satisfaction and leading the nation in its early adoption of the Electronic Health Record.

Additionally, he was an instrumental leader leading up to WellStar West Georgia joining the WellStar family in April 2016, ensuring team members were informed, engaged and excited about the new chapter in its storied existence.

“I’ve had a sense of relief in the past few days, ever since Coleman accepted the offer to become WellStar West Georgia’s new president,” Fulks said. “He understands the unique needs of a hometown hospital and its commitment and strong role in improving the health of a community. In talking to him, I’ve enjoyed his personable style, ability to listen, his sense of humor, wealth of knowledge and unwavering focus on establishing a culture of patient care.”

Mike Patton, chairman of WellStar West Georgia’s board of trustees, said he looks forward to Foss’s arrival and to seeing what the future will bring under his leadership. He also expressed his appreciation for Fulks’ positive impact on the hospital.

“I know Jerry will be right here in town after he retires in just a few short weeks, but the first time I walk around the corner to his office and not see him seated at his desk will no doubt make me emotional,” Patton said. “He has strengthened our community’s hospital year by year and has made an indelible mark on this community through his leadership, friendship and vision.”