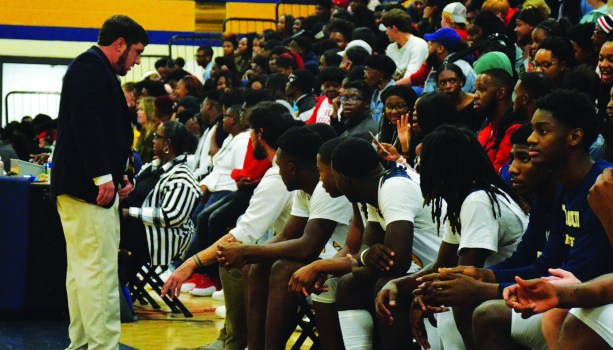 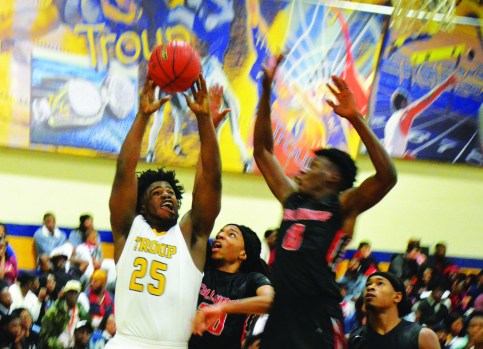 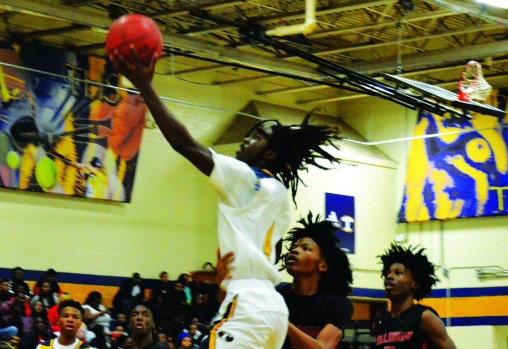 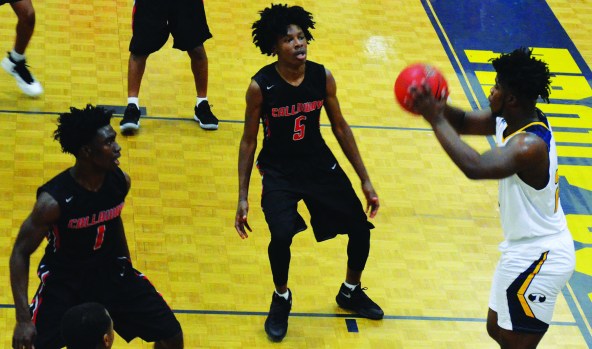 The short-handed Troup Tigers opened the season with a hard-fought 53-46 road loss to Opelika.

The Tigers played that game without many of their key players who were in the process of helping lead the football team to the state semifinals.

Since that setback to Opelika, Troup has known nothing but success.

Beginning with a 53-50 home win over McIntosh, Troup (6-1) has won six consecutive games, and it kept the streak alive with an impressive 67-42 home win over Callaway on Saturday evening.

“There’s stuff that we’re preaching in practice, and they’re taking it into the game,” said Blake Craft, who is in his second season as Troup’s head coach. “That’s what’s fun. We don’t have to have a 20-point scorer. Everybody’s moving the ball around. It’s like music. If everything’s in sync, it’s fun. Basketball fans love to watch that.”

Since the football players joined the team, Craft has been getting a bunch of people involved, and that was the case again on Saturday.

Fourteen players made an appearance on the court, and 12 of them scored.

JaQuavo McFarland, a senior leader for the Tigers, led the way with 11 points, and he made a pair of 3-pointers in the first quarter to help his team build a 22-6 lead.

Ja’Rell Smith, one of the football players who joined the team for the third game against Greenville, added 10 points, and he made two 3-pointers.

Only Jamari Thrash and Ricco Person, among the 14 players who appeared in the game, didn’t score.

Last season, the Tigers reached the second round of the state playoffs with senior guard Jarrious Jefferson consistently scoring more than 20 points per game.

“I would love to add (Jefferson) to this team, because I could get him to buy into it,” Craft said. “Last year, he did what he had to do. I asked him to do that. In year two, they understand what I want.”

Callaway (1-4), which was coming off a win over Lamar County in its Region 5-AA opener, was unable to overcome a difficult start.

The Cavaliers trailed 33-11 at the half, and they were down by as many as 28 points in the third quarter.

Callaway got as close as 20 points in the fourth quarter, but the deficit was too great.

“That’s basketball,” Callaway head coach Terry Hayes said. “Sometimes you’re up, sometimes you’re down. Our morale in the locker room was not very good, and it showed on the floor tonight. We got taken to the woodshed, and I give Troup credit. Troup just whipped our behind.”

The Tigers were already up by six when McFarland made back-to-back 3-pointers to put the Cavaliers in a 12-0 hole.

Cofield knocked down a pair of shots from long-distance later in the quarter to give the Tigers a 16-point lead, and they led 22-6 by the time the period ended.

The Tigers were unable to maintain that scoring pace in the second quarter, but they still held a 33-11lead at the half.

When Smith made a 3-pointer with 2:43 left in the third quarter, the Tigers had their largest lead of the game at 45-17, and they were ahead 54-26 heading to the final period.

The Cavaliers went on an 11-3 run early in the fourth quarter to get within 20, but O’Neal made back-to-back baskets for the Tigers to push the lead back to 24.

While the Tigers had a healthy lead for most of the game, Craft would still like to see his players keep going full-speed to the finish line.

Last week, Troup led by 21 points at the half against Valley before hanging on for a 53-49 win.

“We were up 20 against Valley, and they came back,” Craft said. “Last year we were up 16 against LaGrange, and they came back. We’ve got to keep taking that lead up. I talked to them on the bench tonight about being focused, all the way to the fourth quarter.”