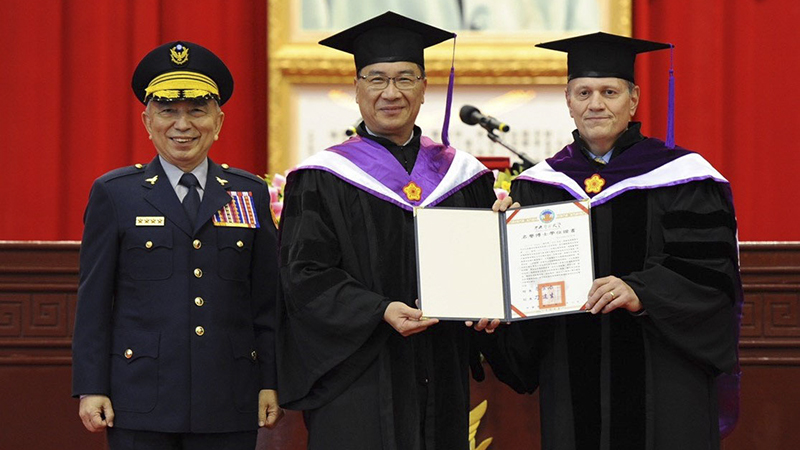 Dekmar is the Immediate Past President of the IACP, or International Association of Chiefs of Police, and helped secure the rights of Taiwan’s participation in IACP conferences as well as created various exchange opportunities.

“When Chief Dekmar was the president of IACP, he helped us a lot in protecting our country’s rights and interests during the time we joined the IACP annual conferences. We thank Dr. Dekmar for successfully assisting Taiwan in inviting fifteen chiefs of police from different countries to participate in the 2018 International Forum on Police Cooperation in Taiwan,” said Interior Minister Kuo-Yung Hsu.

The Central Police University, or CPU, is the highest educational institution for police education in Taiwan.

“It was a distinct privilege to be recognized by the Central Police University.  I was particularly honored to receive the award from their Minister of Interior,” said Dekmar. “The partnerships we have formed attest to the challenges we face in the police profession, which are very much shared on a global level.”