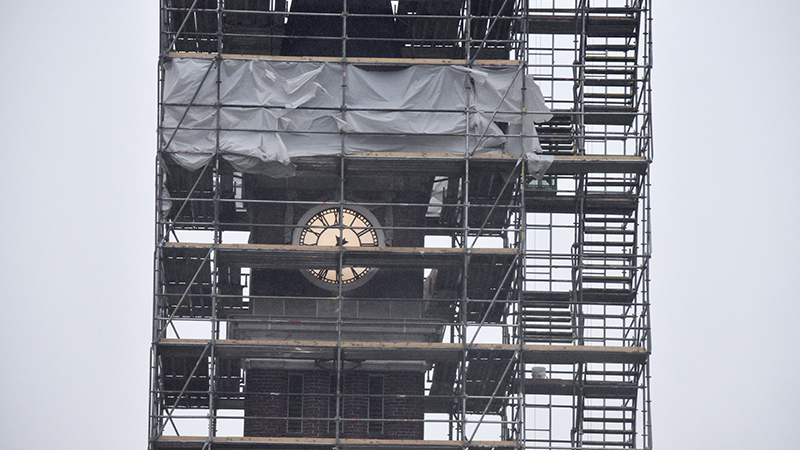 Scaffolding has been erected around Callaway Memorial Tower to assist in minor repairs and cleaning on the structure. (Gabrielle Jansen | Daily News)

Scaffolding surrounded the Callaway Memorial Tower on Wednesday, but despite the rocket ship like appearance of the construction, Callaway Foundation President Tripp Penn said the repairs underway at the iconic clock tower are relatively minor.

“Even though it looks like a really comprehensive project because of the scaffolding, it is just upkeep,” Penn said.

Penn said that Fowler Masonry is pointing up the bricks, cleaning and making minor repairs to the clock tower.

“It is just minor cleaning and maintenance and upkeep, but it is so tall that it takes that level of scaffolding to do it,” Penn said. “We are not able to do it but every now and then.”

Callaway Memorial Tower was built in 1929 as a monument to Fuller E. Callaway. According to Explore Georgia, the tower was patterned after the Campanile of St. Mark’s Square in Venice, Italy.

It was built on the highest point of southwest LaGrange.