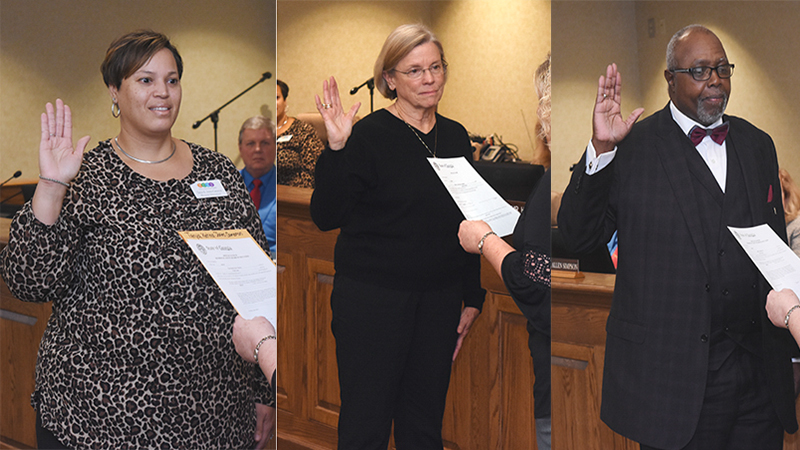 The Troup County School Board welcomed two new members and also welcomed back a familiar face Thursday night at a special called meeting.

Newcomers Rebecca Grubbs and Tanya Jones-Cameron were sworn in by Judge Debbie Wade. Allen Simpson was also sworn in and minutes later was re-voted as vice board chair. Kirk Hancock was again voted board chair. Both decisions were unanimous.

“I’d like to congratulate the new board members,” Hancock said after all three had taken been officially sworn in.

Jones-Cameron was elected to the district 7 seat in May, winning the position in a three-person race. She is taking over for Alfred McNair, who decided not to run for re-election after serving on the board since 1988. Grubbs ran unopposed and will represent district 4. Grubbs is taking over a spot vacated by longtime educator Ted Alford, who also decided not to run for re-election.

Simpson has served on the school board since 2012, according to the Troup County School System website.

Thursday’s agenda was short, and the meeting lasted only half an hour. A second meeting was held afterward but was a student discipline hearing, which was in executive session.