VALLEY, Ala. – A Valley man was arrested for murder Friday morning for allegedly shooting a 29-year-old man in his front yard, according to the Valley Police Department.

Patrick Shannon Templeton, 50, was charged with murder Friday morning after an altercation at about 1:40 a.m. at 1046 County Road 495.

When officers were dispatched to the scene, they found Justin Anthony Meadows, 29, of Valley, lying in the yard dead with a single gunshot wound. 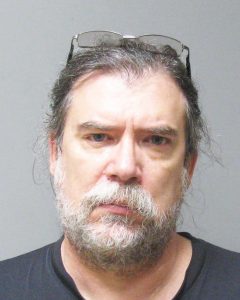 Authorities say Templeton told police he was awakened by a loud noise in his yard and when he went to check on the source, he found Meadows had driven into his yard and gotten stuck in the mud. Prior to the shooting, police say Meadows came to the house looking for Templeton’s stepson, according to Templeton’s wife.

Valley Police Major Mike Reynolds said it is unclear why Meadows was going to meet with the son, but when he was told the son wasn’t there, he left the home without an incident.

According to the police report, when Templeton confronted Meadows outside, they began to argue and the altercation turned physical, resulting in Templeton being struck several times in the head and face.

Reynolds said Templeton then went inside his home and retrieved a .22 caliber rifle, walked back outside and began shooting at Meadows, who was next to his vehicle. Reynolds said Meadows still couldn’t leave the property at this time because his vehicle was still stuck.

“They did have an altercation, then disengaged, and Templeton removed himself from it and went inside his home to get his rifle and then re-engaged with Meadows who did not have a weapon,” Reynolds said.

Officers arrested Templeton at his home with no resistance, Reynolds said. Once at the police department, he quickly confessed to the alleged crime and gave a written admission to what happened.

He was then charged with murder and taken to the Chambers County Detention Facility pending a bond hearing. Reynolds said Templeton will most likely not face any additional charges.