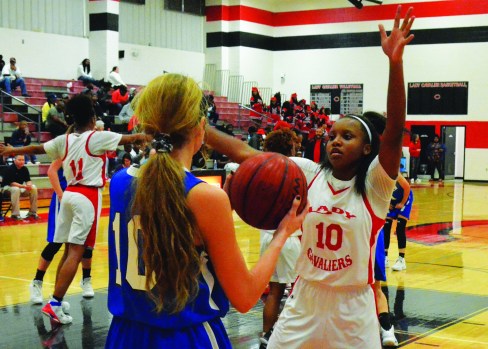 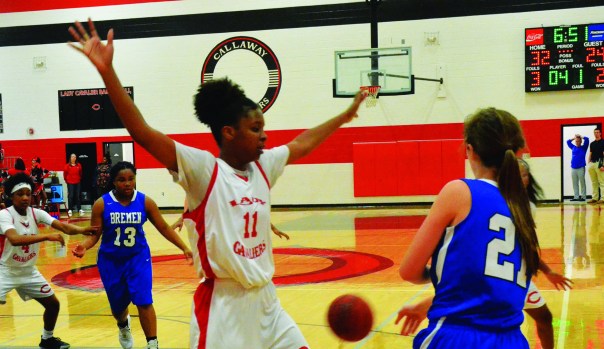 They seemed to have a stranglehold on the game.

With less than three minutes left in the third quarter of Tuesday’s Region 5-AA showdown, the Callaway Lady Cavaliers held a 10-point lead over Bremen.

By the time the third quarter came to a close, though, Callaway’s lead was down to three, and Bremen continue its surge into the fourth quarter on the way to a 46-41 victory.

The Lady Cavaliers (6-8 overall) saw their four-game winning streak come to a close, and they fell to 3-2 in the region.

Bremen (6-9 overall) is also 3-2 in the region, and the two teams are tied for second place behind Lamar County.

Through the game’s first 22 minutes, Bremen was held to 20 points, but it scored 26 points in the final 10 minutes to rally for the win.

“They got a lot of easy looks, a lot of back doors,” Callaway head coach Deyano Martin said. “We were playing full-court man, and we let people get behind us.”

Martin also felt offensively his players got away from what helped them build a double-digit lead in the second half.

“One thing we’ll have to do, in order to beat a quality team, you’ve got to take the ball to the basket,” Martin said. “We were shooting too many jump shots.”

Freshman guard Gabrielle Johnson led Callaway with 15 points, and Kierra Jackson added 11 points, with seven of those points coming in the second quarter.

Ashlynn Hodges led Bremen with 16 points, including 12 points in the second half.

When Jackson scored after pulling down an offensive rebound with 2:34 to play in the third quarter, Callaway’s lead was 30-20.

After Bremen got within one, Johnson drained a 3-pointer with 6:25 to play in the game, and Callaway led 35-31.

Bremen scored the next five points, though, to take a lead it didn’t relinquish.

The Lady Cavaliers had the ball with 23 seconds left trailing by three, but they turned it over before they could get a shot away.

Bremen managed to run 15 seconds off the clock before Abigail Teal was fouled, and she made a pair of free throws with three seconds left to give her team an insurmountable five-point lead.

Callaway missed a half-court shot as the final horn sounded, and Bremen walked away with the hard-fought road win.

“Give them credit, they never did quit. They kept playing,” Martin said of Bremen. “It was just an off night against the wrong team.”

Callaway will try to begin a new winning streak with a road win over Jordan High on Friday in Columbus.