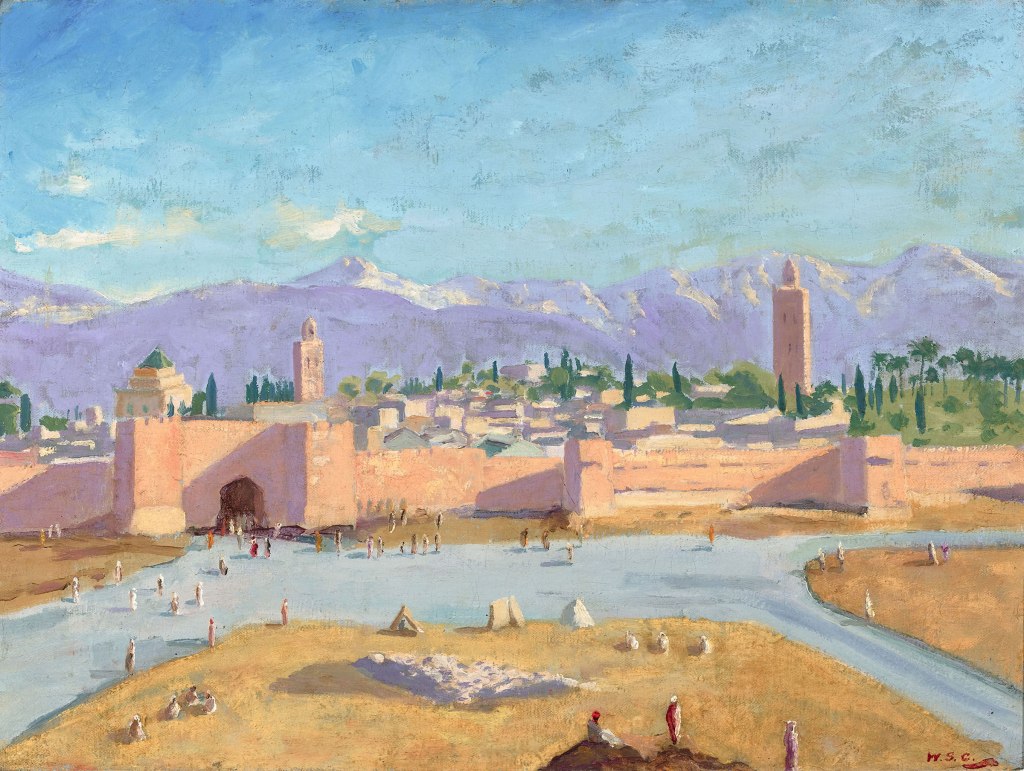 Morocco was the favorite winter retreat of Sir Winston Churchill, Britain’s legendary World War II leader.  He considered the Moroccan city of Marrakesh to be “the most lovely place in the whole world.”  In January 1943, the British prime minister and U.S. President Franklin D. Roosevelt met secretly in Casablanca, a momentous conference that set the course for the rest of World War II.

Churchill’s significant ties to Morocco will be the topic of Monday’s opening lecture for “Magic of Morocco,” this year’s 3D Journeys travel and lecture series at LaGrange College. Duncan Sandys, a great-grandson of Winston Churchill, will be speaker.

The lecture, free and open to the public, will be at 10 a.m. in Dickson Assembly Room of Turner Hall.

Married to a Georgian and now living in Atlanta, Sandys plans to share “amusing stories” gleaned from family letters as well as observations on Churchill’s numerous trips to Morocco, including the historic wartime meeting with Roosevelt.

The Casablanca Conference and side visit to Marrakesh, Sandys said, “were key to some critical decisions that were taken,” and also were where the two leaders “forged the personal bond” crucial to their war-time collaboration.

LaGrange College President Dan McAlexander feels Sandys’ lecture will get the 3D series off to a stirring start.

“Duncan Sandys is an engaging speaker whose personal connection to Sir Winston Churchill adds depth and charm to his presentations,” McAlexander said. “LaGrange College is truly fortunate to have him kick off this ninth annual travel/lecture series on Morocco. We expect he will set the stage beautifully for the upcoming lectures by outstanding members of our faculty.”

Travel to Morocco is also on the agenda for almost 30 3D travelers who will visit the north African country this spring on a trip led by McAlexander and Celeste Myall.

The four annual lectures are open to travelers and non-travelers alike, and a majority of the audience is made up of lifelong learners who do not take the optional trips.

Steve Griffin of LaGrange is among that group.

“I have missed only two of the more than 30 lectures held so far,” he said, “and I have enjoyed every one of them.”

Sandys, who has numerous business interests, is also a frequent speaker on leadership, current affairs and international trends.

In 1998 at age 24, he was elected against the odds to Westminster City Council in central London where he served for more than a decade and was the youngest Lord Mayor of Westminster.

He describes himself as “always surprised and humbled” that decades after Churchill’s death, people continue to have such great interest in him.

“Millions of words have been written about him, yet every year about a dozen more books come out,” he said.

“I think it’s because the values he represented are still important. People feel inspiration from someone who was so active in a dire situation. We can still learn from him.”

For Monday’s session and all others, park at Sunny Gables Alumni House, 910 Broad St., for shuttle transport to the door.  An optional Dutch-treat lunch is available at Pitts Dining Hall following all sessions. For additional information, call (706) 880-8244 or email 3DJourneys@lagrange.edu.