Overnight lane closures on I-185 for striping, start next week 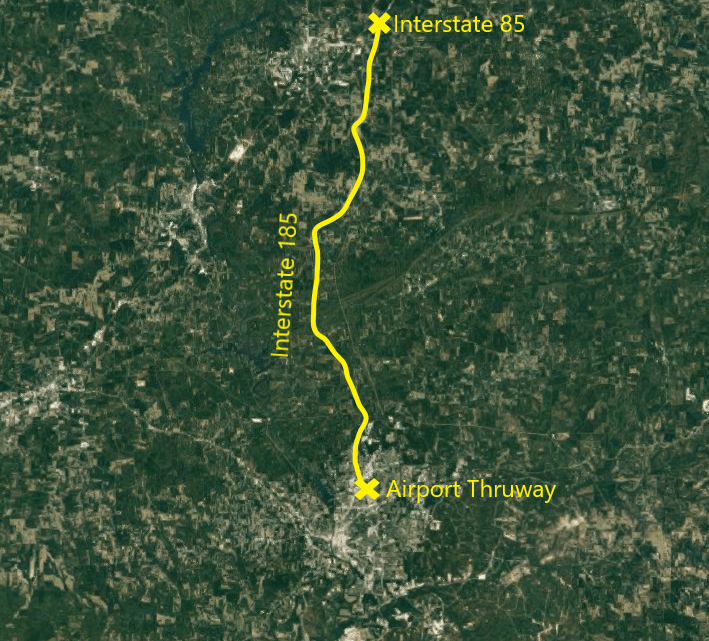 The Georgia Department of Transportation announced plans to close portions of Interstate 185 for striping during evenings beginning Monday. (Contributed)

Georgia Department of Transportation crews will begin a project to upgrade the striping on Interstate 185 from the Airport Thruway exit in Columbus to its northern end point at the Interstate 85 intersection on Monday, Jan. 28, 2019, according to a press release from the agency.

The work will be done in overnight shifts, from 9 p.m. to 5 a.m. each night, until its anticipated completion in June 2019. To accommodate the work, workers will shut down one-mile long portions of one lane at a time, starting at the Airport Thruway exit in Columbus and moving northward as they progress.

The work will encompass both the northbound and southbound lanes, with crews tackling a mile in one direction, then moving to the opposite direction before heading northward to the next mile.

Motorists who encounter the work zone should slow their speeds and stay alert to the workers and activity, as well as other vehicles driving through. Motorists are advised to expect delays, exercise caution and reduce their speed while traveling through work zones. Before heading out, get real-time information on work status and traffic conditions. Call 511, visit 511ga.org or download the Georgia 511 app.