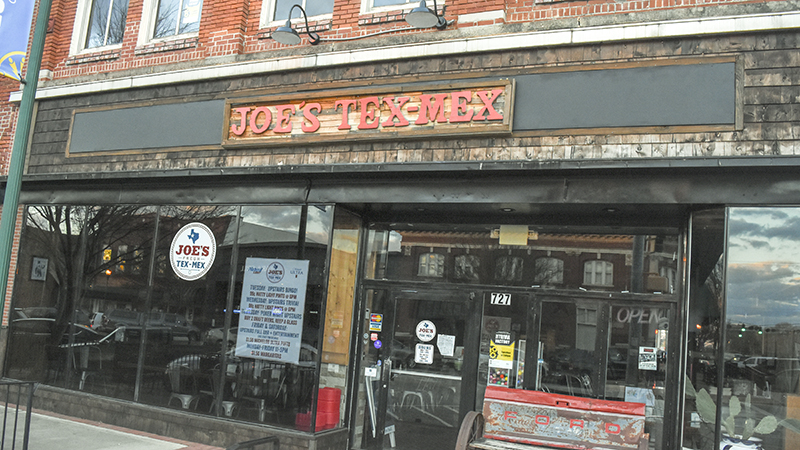 WEST POINT — Joe’s Tex Mex has appeared to be closed since last week, and it is unclear if the restaurant will open its doors again anytime soon.

According to the restaurant’s former general manager Victoria Vargas, the restaurant is closed and she no longer has a job. She didn’t have any further information on Friday.

“I just know there is no power over there, and nobody is working,” Vargas said.

Vargas said that last week on her day off, the store was closed and employees were told not to come into work. She then said the owner sent her a text message informing her the restaurant was closed.

“This whole thing kind of came as a surprise,” Vargas said Friday. “I wasn’t aware of any plans to shut it down.”

The VTN has made numerous attempts to reach the person who is believed to be the owner, but has been unsuccessful. Jeisson Duran is listed as the contact person with the Greater Valley Area Chamber of Commerce. The restaurant is located at 727 3rd Ave., in West Point and opened in early 2018.

At one point, an unidentified man answered a call from the VTN and said the restaurant was being remodeled before hanging up. However, there has been no further contact since.

The business’ regular Facebook page was not available as of Monday afternoon.

An older Facebook page for the business was still up, but the last post was from January 2018.

There was not a closed sign on the door and the neon “open” sign in the front window was not lit as of 4:30 p.m. Monday. The restaurant’s website says the operating hours are from 11 a.m. to 10 p.m. from Sunday to Thursday.

Through the front windows, it was apparent tables and chairs were still in the restaurant and the bar was still stocked.

There was a notice from the Chambers County Health Department with a score of “97” on the front door. There was no inclination that the restaurant had closed for good based on the front of the building.

On Jan. 11, at the West Point Council meeting, Duran spoke on behalf of the restaurant asking the council to consider allowing businesses to serve alcohol 30 minutes later into the evening than is currently allowed, moving the deadline from 11:30 p.m. ET to midnight.

No action was taken at the meeting because it wasn’t on the agenda, but Tramell said the council would take his comments under advisement.

West Point Mayor Steve Trammel said he didn’t have any information, other than knowing the restaurant has been closed for the past few days. As of Monday afternoon, there was no agenda item regarding Joe’s or alcohol sales on West Point’s council agenda for Tuesday night.