The LaGrange Police Department is asking for the public’s help in locating a 17-year-old, who police believe was involved in a murder on Troup Street Saturday.

Warrants have been issued for the arrest of Travis McFarland, 17, of LaGrange, for murder, aggravated assault and possession of a firearm during the commission of certain crimes. 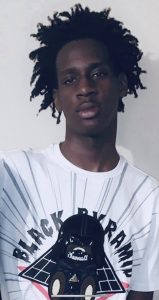 According to a LPD press release, the investigation revealed that the victim, James Jake Ponder, 24, had communicated with individuals regarding the purchase of a firearm on Saturday and that he was in the area of Troup Street to meet and complete the purchase when the attempted robbery and shooting occurred.

After being shot, Ponder was taken to the WellStar West Georgia Medical Center emergency room, but he died of his injuries.

The LPD was initially told that Ponder was shot after giving two men a ride, but additional information revealed that to be untrue.

“The information we got initially was that he offered somebody a ride, but as we conducted our investigation, we found out — as we often do — that there was more to the story,” said Sgt. Robert Kirby with the LPD.

Kirby said the LPD is still looking into whether or not there was a second person involved in the shooting.

“We haven’t identified anybody else, but we are looking into it,” Kirby said.

Kirby said McFarland should be considered armed and dangerous.