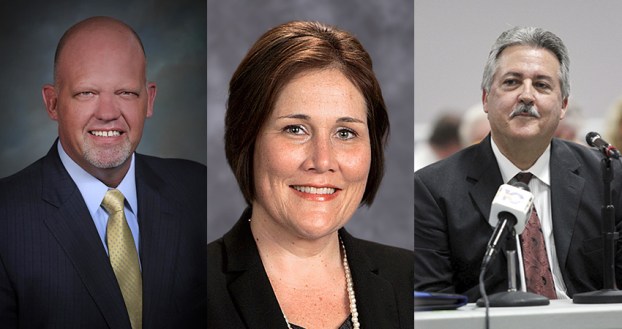 It appears the Troup County School System will name its new superintendent at Thursday’s board meeting.

The board agenda for Thursday night’s meeting was released Wednesday afternoon and includes an action item on superintendent selection for Troup County Schools.

It’s possible that the board could table the discussion until a later time, however, the “special board report” was added to the meeting agenda following Tuesday’s work session.

There was no update on the superintendent search during Tuesday night’s work session, but the board went into executive session for personnel matters at the end of the meeting.

The three finalists for superintendent all interviewed last week during executive session interviews at LaGrange College. Larry DiChiara, Brian Shumate and Peggy Aune are the finalists for the position.

Shumate is the current superintendent of the Medford School District in Medford, Oregon. He spent 27 years in the Jefferson County Public School System in Louisville, Kentucky.

Dr. Roy Nichols has served as interim superintendent since August.