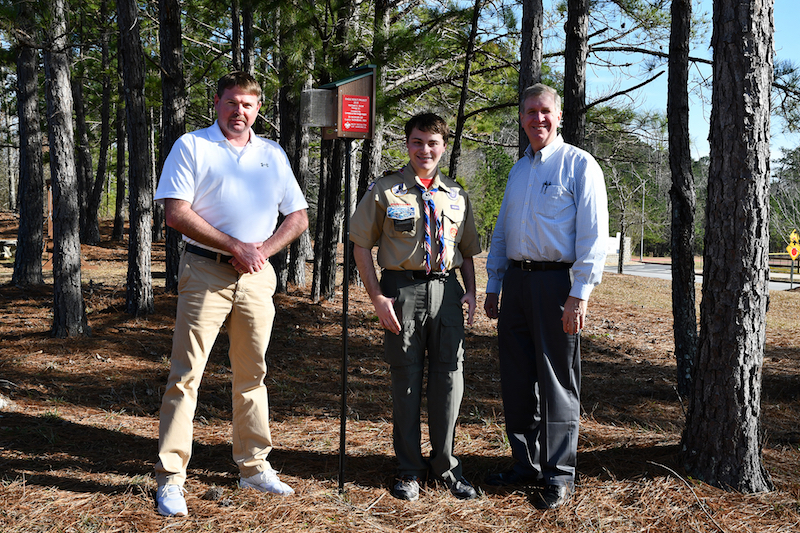 Michael Scott, a LaGrange High School student and Troup 21 Life Scout, worked with several members of the community to fund and complete his Eagle Scout Service Project, which consisted of the assembly, installation, and upkeep of bird houses donated in honor of, or in memory of, someone special. Scott had an original goal to raise enough funds to install five bird houses, but he exceeded his own expectations and raised enough funds to triple his goal.

He was able to install fifteen bird houses made out of recycled material at Troup County Parks and Recreation facilities, including Mike Daniel Recreation Center, The Active Life, The First Tee of Troup County, George Harris Baseball Complex and the McCluskey Tennis Center. Each of the bird houses display a weather-protected plaque with the engraved names of those honored.

Scott, who suffers from mild Cerebral Palsy, developed the idea for the project through brainstorming unique beautification efforts for the community. Through his love of nature and the outdoors, he chose to pursue a project that could promote conservation efforts and appeal to the outdoor community, all while doing something meaningful for others.

“I believe it shows that someone with a disability can do something really special. I wanted to do something that would leave a lasting memory, and I think the community truly appreciates the effort,” said Scott.

Scott is a senior in high school and has been an active member of the Boy Scouts since he was in Cub Scouts. He hopes to receive a positive review for his Eagle Scout Project in the coming weeks and to complete his leadership training with an official Eagle Scout ceremony. Scott plans to monitor and provide routine maintenance for each of the birdhouses around the County.