Brian T. Shumate was named the superintendent of Troup County Schools at Thursday night’s board meeting.

Shumate had previously served as the superintendent of the Medford School District in Medford, Oregon. Shumate will be making his second cross-country move in five years. Until 2014, he had lived in Louisville, Kentucky his entire life. Shumate started working in the Jefferson County Public School System in Louisville in 1987 and served in a variety of roles during his time there. 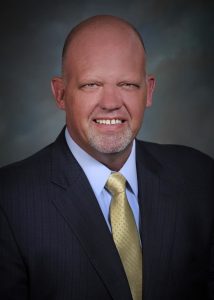 In 2014, he was named the superintendent in Medford and decided to make the 2,300-mile move. He said it’s been a rewarding experience, but he’s ready to get back closer to family in Louisville.

Shumate said during his time at Medford, the district has seen its graduation rate rise 15 percentage points in the last four years. He also said the district has moved ahead of the state average in math, science and English/language arts.

The Troup County School System had been looking for a new superintendent since August, when Cole Pugh resigned from the position.

This story will be updated.