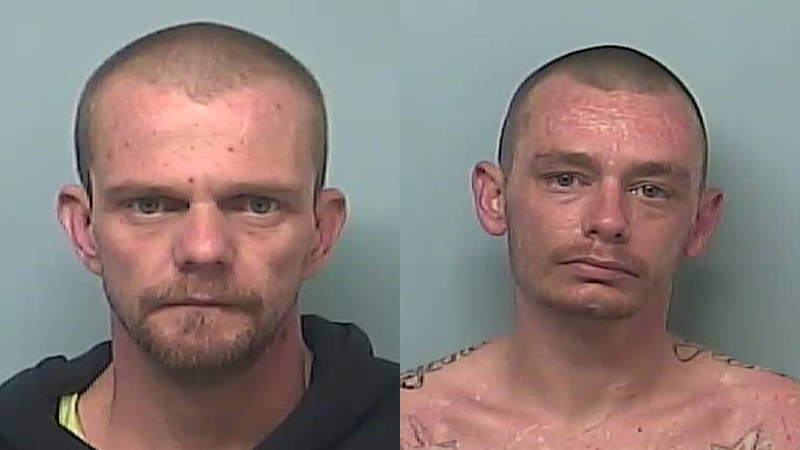 Two Hogansville men have been arrested and charged with murder in connection to a body found in a creek in Lanett on Friday afternoon, according to West Point Police Department Captain Robert Fawley.

Aaron Blake Creed, 32, and Donald Freeman Kee Jr., 33, were arrested by the West Point Police Department on Monday. Both were charged with murder.

According to the Troup County Jail arrest/release report, Creed is also facing charges of possession of marijuana with intent to distribute and items prohibited for possession by inmates. He was arrested by Troup County Sheriff’s Department Monday afternoon.

Kee has been in the Troup County Jail since Feb. 21 on second-degree child abuse charges and was arrested for the murder Monday while he was incarcerated, Fawley said.

Fawley said Tuesday the victim from Moore’s Creek has been determined to be a homicide victim that may be from the local area and based on the evidence, the police department was able to obtain arrest warrants for murder. However, the police did not release any identifying characteristics about the deceased individual.

The body was pulled from Moore’s Creek near the Alfred Lyons Bridge on Magnolia Road.

Captain Richard Casner with the Lanett Police Department said Friday that a concerned citizen called police after seeing a body in the water near the Alfred Lyons Bridge on Magnolia Road.

The Lanett Police Department responded at 1:54 p.m. and confirmed that a body was found. Rescuers used the ladder from the Lanett Fire Department to pull the body from the water.

“We can confirm it was a body,” Casner said Friday. “We were able to get it out of the water, and it is being sent to Montgomery for further examination.”

Casner said the body had been in the water for “quite a while.”