March against violence to be held March 9 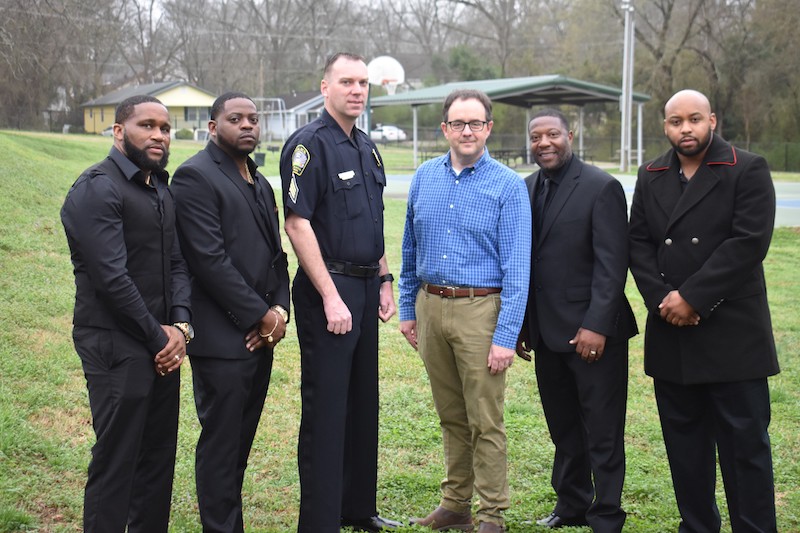 On March 9, United Leaders of Georgia will host a march against violence in downtown LaGrange.

The march will begin at 11 a.m. at Lafayette Square, and everyone in the community is invited to join the walk.

“I’m hoping that everyone — not one race, but all races and people — understand that together we can accomplish anything,” said Anthony Talley, co-founder of Get Fed and United Leaders of Georgia. “I hope that we get the young people’s attention and create a different avenue for them so they can actually talk out their differences versus taking to gun violence.”

The group’s leaders have been actively seeking to improve the community for some time through different outreach projects. Leon Childs is the program organizer for the Adaptive Growth and Cultural Advancement Organization, which is an organization that provides a place for students to go after school to receive tutoring. Meanwhile, Talley and Quay Boddie are co-founders of Get Fed, which provides food to those in need. Thaddeus Dowell has also assisted Get Fed. The march will be the group’s first project under the United Leaders of Georgia banner.

“You are going to see the four of us in the community walking and talking to everyone,” Talley said. “It’s time for the violence to stop. It’s not a black thing. It’s not a white thing. It’s a people thing, and we are all affected. We have to stand up and also show our support for the police.”

The group has coordinated with the LaGrange Police Department on community needs, and several LPD officers are expected to take part in the march.

“I’m happy to be working with these guys,” said LPD Sgt. Marshall McCoy with the Community Outreach Unit. “I’m energized to see these men to stand up and be mentors for our next generation. If we all pull together, we can save lives.”

He noted the importance of community leaders like the men in the group to local youth, and LaGrange Mayor Jim Thornton emphasized that strong communities require community support.

“Our police are responders and can track down leads, but they don’t have the resources to work on the real problem without the community’s support,” Thornton said. “The leadership of the city is eager to support these efforts, but it will require the community to take leadership and ownership. I applaud these four men and Sgt. McCoy for what they are doing.”

Sgt. Marshall McCoy will be one of several LPD officers riding in the march. He will be riding his bicycle.