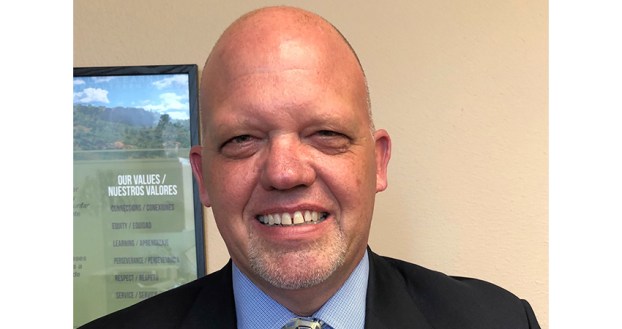 New Superintendent Brian Shumate has a salary of $225,000.

New superintendent to be paid $225,000 annually

Shumate, who will start July 1, will be paid $225,000 annually, well above the $167,738.94 that Pugh made in fiscal year 2018. The LaGrange Daily News received a copy of Shumate’s contract through an open records request.

“We had lots of discussions with the search firm, who knew what national trends were and what it took to attract and retain someone with those characteristics,” said Troup County School Board Chairman Kirk Hancock. “We obviously looked locally at the Georgia districts and what people were paying, and we wanted to make sure we had a competitive offer to get the right person.”

The board openly discussed a significant pay increase for the next superintendent during its first meeting with search firm McPherson & Jacobson in September.

At that time, the board realized the school system was likely lagging behind other systems of similar size in Georgia.

“It is far more important to get the right person, the right leader who can cast the vision and implement it than to try to manage a compensation level that would put that whole process at risk,” Hancock said.

Shumate will earn about the same salary as he has in Oregon. According to the Mail Tribune, his contract  in Oregon was renewed a year earlier than necessary in June 2018 and had a set salary of $212,000 with $8,000 and $10,000 salary increases set to take effect the next two years.

Shumate will make more than his peers in surrounding counties, although each school system is vastly different in size. According to OpenGeorgia.com, he’ll earn more than Harris County Superintendent James D. Martin ($171,000.14), Heard County Superintendent Rodney Kay ($147,491.44) and Meriwether County Superintendent Timothy Dixon ($129,756.48). However, the Troup County School System has more students (12,115) than all three of those systems combined (10,124). School enrollment numbers are from the Georgia Department of Education and were last updated in October.

According to the contract approved in August, Roy Nichols, the current interim superintendent for the Troup County School System, is being paid a monthly salary of $15,862.74 during the months he works as a temporary, full-time employee.

Superintendents in the state averaged approximately $160,000 in pay during fiscal year 2018, according to information from Open Georgia. The highest superintendent salary in Georgia is $569,375.11, which is earned by the Gwinett County Superintendent Alvin Wilbanks.

Based on fiscal year 2018 numbers from Open Georgia, Shumate’s contract would be in the top 20 in salary in the state.

Hancock said if the school system had offered the salary it did in the past, it would not have had nearly the same caliber of candidate. There were 52 total applicants for the position.

“We would not have interviewed anyone that we talked to,” he said.

Hancock said the school board debated the salary over the course of the search and determined a pay increase was necessary.

“It’s a lot of money. We understand that, and it’s the public’s money, and we are very sensitive to that,” Hancock said. “At the end of the day, I think we stayed-laser focused on the attributes we want and think we need for a successful leader. We did everything within our ability to attract and get that person.”

Shumate’s contract is for three years and will start July 1, 2019 and end June 30, 2022, unless it is extended or terminated beforehand.

Shumate will also be paid $900 per month for mileage and automobile expense, which is to allow him to visit various school and administrative sites.

Shumate will also be paid $14,000 in moving expenses as he relocates from his current home in Medford, Oregon.

“That’s a relatively small investment to get the person here to show it is a joint process,” Hancock said. “I hope he’s here many years and if you spread that across many years, it’s not very significant.”

WEST POINT — There was a busy work site on Avenue K Saturday morning. Just across the street from Keeney... read more