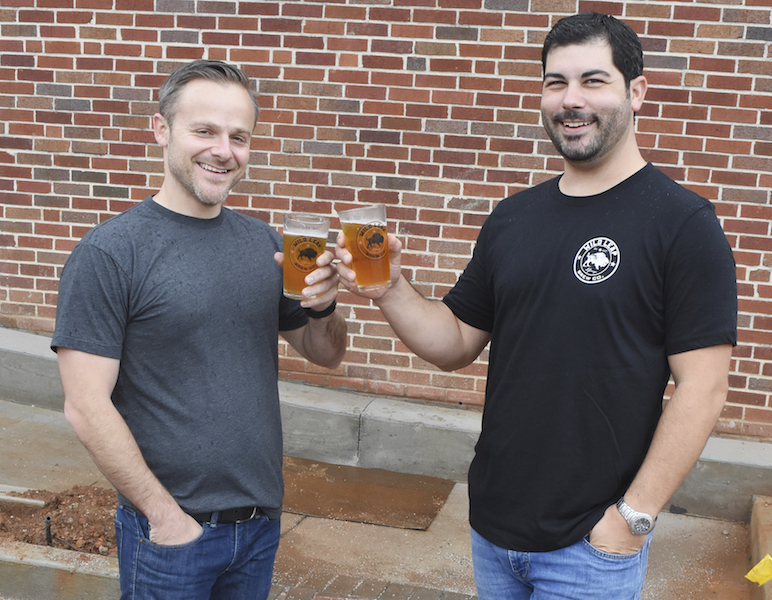 LaGrange’s own Wild Leap Brew Co. is one of ten nominees for best new brewery in the United States.

The brewery is competing with other breweries from around the country in a voting-based competition organized by 10best.com, a USA Today website.

“It’s a big honor to be included in this list. We are hoping to win,” said Wild Leap Co-owner Rob Goldstein.

According to its website, 10best.com provides readers with expert travel information, such as activities to do, places to see, best restaurants to visit and more. The experts that selected the top 10 new breweries all have a background in beer.

“We were floored,” Goldstein said. “We are the only brewery in Georgia that has been nominated.”

“The support that we’ve received from this city from day one has been tremendous, and thankfully that has spread throughout the state of Georgia and beyond,” Goldstein said. “We are lucky that we put out some great beer, we communicate well to our fans and we’re very fortunate to be in this position.”

Goldstein said the best part about the recognition is that sheds more light on LaGrange.

“If we do win, we hope it’ll elevate LaGrange that much more. Not only is it a great place to drink beer, but as a tourist destination in general. Wild Leap is located in LaGrange, but there are a lot of amazing things in this city. If we can be a catalyst for driving additional tourism to this city, then I think it’s a tremendous victory.”

Goldstein said Wild Leap is posting on social media about the contest and using email blasts to help get the word out. Voters can cast a ballot every 12 hours.

“This is going to be a battle. We ask the entire community to help us and LaGrange win this award. It’s truly exciting that the city is being mentioned as possibly home to the best new brewery in the United States,” he said. “We would love to win this for the city and the state of Georgia.”

To vote for Wild Leap, go to this link: https://www.10best.com/awards/travel/best-new-brewery-2019/wild-leap-brew-co-lagrange-ga/.