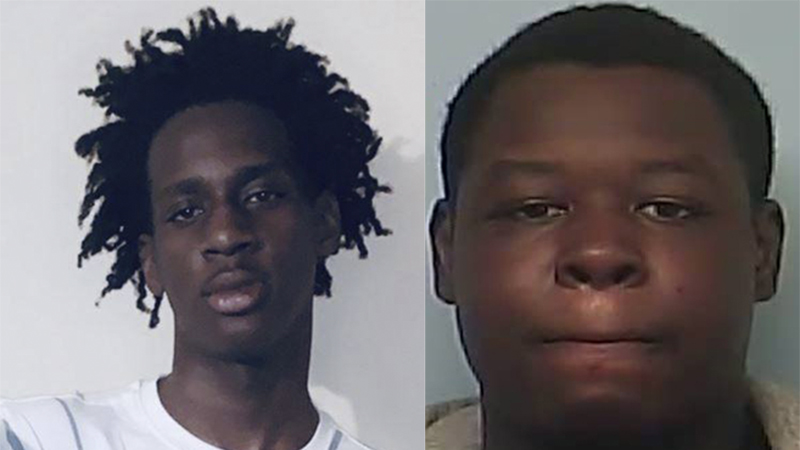 Travis McFarland (left) has been arrested. Police are looking for Omare Atcherson (right).

A LaGrange man wanted for murder was arrested on Friday in Heard County.

Travis McFarland, 17, was arrested by the LaGrange Police Department and with assistance from the United States Marshals Service, Heard County Sheriff’s Office and Franklin Police Department, according to a LPD press release. He’d been wanted since Feb. 11 for his alleged role in the murder of James Jake Ponder on Feb. 9.

McFarland has been charged with murder, aggravated assault, criminal attempt armed robbery, possession of a firearm during the commission of certain crimes and participation in criminal street gang activity.

A second suspect, Omare Atcherson, was also identified on Friday. Warrants have been issued for Atcherson for murder, aggravated assault, criminal attempt armed robbery and possession of a firearm during the commission of certain crimes.

According to information from the LPD, Ponder had communicated with individuals regarding the purchase of a firearm on the night of the incident and was on Troup Street to complete and make the purchase. Instead, he was shot and killed.