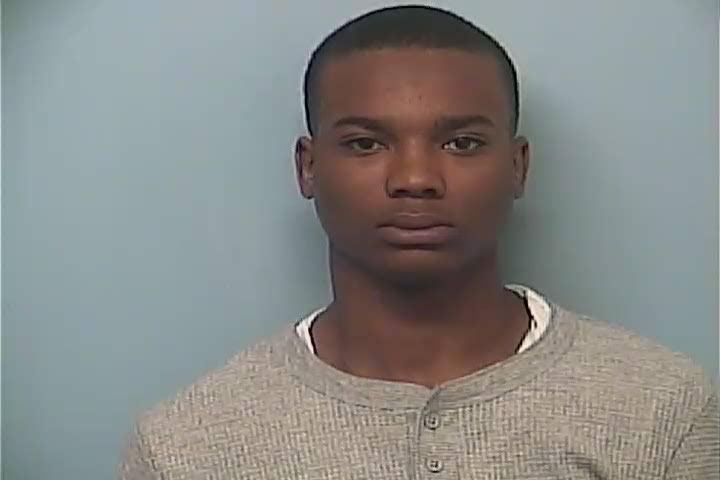 WEST POINT — Another Lanett man has been arrested in connection to a Feb. 24 shooting that injured a 15-year-old female juvenile at a West Point Housing Authority in the 1400 block of East 12th Street, according to the West Point Police Department.

Zion Areontez Lynch, 18, is facing five counts of attempted murder, four counts aggravated assault, one count of aggravated battery, one count of possession of a firearm in the commission of a felony and one charge of cruelty to child first-degree because the victim was a minor and under the age of 16. The victim in the case is a 15-year-old, according to Captain Robert Fawley.

Fawley said it has been determined that Lynch was the shooter on Feb. 24. He said four other individuals were standing around the juvenile who was harmed. Fawley said Lynch was shooting at them and hit her.

The 15-year-old was taken to the Mid-South Medical Center and has since been released.

The Lanett Police Department obtained a fugitive from justice warrant Tuesday and executed a search warrant of his residence, making an arrest. Lynch was then extradited to Georgia Tuesday night to the Troup County Jail.

On Feb. 25, Joshua Dowdell, 19 and Stefon Trammell, 19, were arrested on attempted murder and aggravated assault charges.

According to Fawley, Dowdell has been cleared of all charges and released from jail. Fawley said the driver, Trammell, initially told police Dowdell was the shooter, but throughout the investigation, it was found he had no part in the shooting. Fawley said Dowdell was in the vehicle before the shooting but exited before shots were fired.

Trammell is still incarcerated and held without bond in the Troup County Jail and faces charges of aggravated assault and attempted murder.

Fawley said Wednesday the police believe there was an argument earlier in the week between Trammell and a man on the basketball court led to the incident.

A news release from Feb. 25 said the shooter fired four to six shots into a large crowd of people. He said there were 30 to 50 people at a basketball court when a vehicle pulled up and fired a weapon into an open crowd, striking the juvenile.

About four hours after the incident, Fawley said Trammell and his grandmother entered the Lanett Police Department to make a report about death threats he was receiving from an unknown individual. After briefly speaking with Lanett Police, he said the threats stemmed from an incident in West Point, so the Lanett Police instructed him to talk to West Point.

Fawley said Trammell and his grandmother drove to the West Point Police Department in a vehicle matching the description of one used in the shooting.

After Trammell met with authorities about the death threats, he was confronted with the security footage of the shooting. After some time, he told police the name of the alleged shooter. He was then taken into custody on the criminal attempted murder and aggravated assault charges because he was complicit in the crime, Fawley said.

This information led police to obtain a warrant for Dowdell and arrest him at his residence in Lanett.