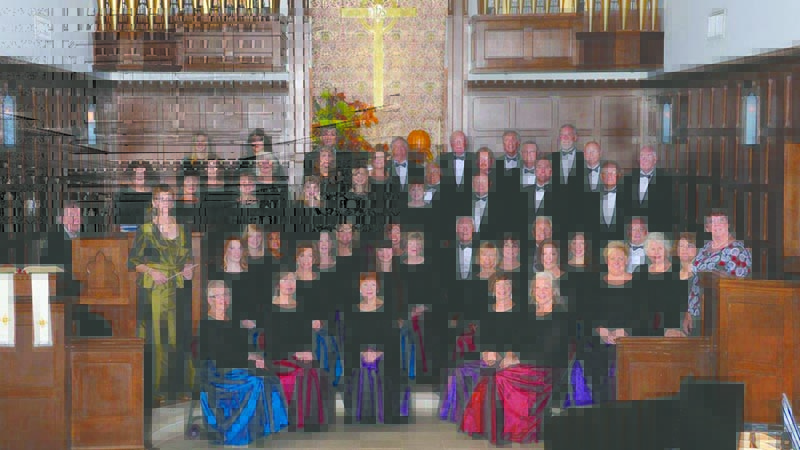 On March 23, St. Mark’s Episcopal Church will be filled with the political comedic music that has captivated audiences since Queen Victoria sat on the British throne, as the Choral Society of West Georgia presents “A Very English Evening with Gilbert and Sullivan.”

The Choral Society of West Georgia will perform excerpts from dramatist W.S. Gilbert and composer Arthur Sulivan’s “The Sorcerer,” “H.M.S. Pinafore,” “Pirates of Penzance,” “The Yeomen of the Guard” and “Princess Ida” in St. Mark’s Parish Hall. The performance will feature Lewis Powell Jr. and Jack Bagley in the roles of Gilbert and Sulivan, two men who had a dramatic impact on musical theater.

“Gilbert and Sullivan were really the forerunners of what we know now as Broadway, and they wrote a particular genre of music called operettas,” Biggs said. “They wrote many of them spanning the course of over 20 years, until they eventually went their own ways.”

Powell described the works of Gilbert and Sullivan as the Saturday Night Live of the Victorian era, with political critiques and comedy that modern audiences can still relate to.

“They parodied politics as well as grand opera, and their work is still very fresh even today,” Powell said. “Even though we may not get all the political references, their humor is so general that we can even apply many of these parodies to current politics and to current events.”

Political parody and humor won’t be the only familiar features of the performance though, since the pair coined many phrases that are still popular today.

“‘Let the punishment fit the crime,’ is a phrase that was produced in their show, ‘The Mikado,’ and that is certainly a phrase that we hear all of the time, especially when discussing sentencing for prisoners,” Powell said. “This was talked about first in a comic opera of all places, but that is a phrase that has entered our language very much in the same way that Shakespeare affected the English language back during the Elizabethan era.”

While Gilbert and Sullivan are no longer universally known, their music is still performed and parodied in popular culture, with the Major-General’s Song from “The Pirates of Penzance” — among others — weaving through everything from daytime to children’s cartoons. The songs, which have gone on to influence modern musical theater, often prove to be uniquely fast paced and memorable. Local soloists are expected to step forward to take on some of the songs.

“It is very sing-able, but also very challenging,” Biggs said. “Several of these shows are going to feature our soloists who are here, so we are very excited that Andrea Miller, who is at the college, will be our soprano soloist. James Camp, who is a local baritone and a wonderful singer, [will perform], and my very talented accompanist [Andrew Harry] is going to sing.”

The concert will be the final performance of the Choral Society of West Georgia’s Choral season, which began with its Thanksgiving concert in November, and Biggs said that she felt like it rounded out a diverse choral season.

“You don’t find local theaters doing a lot of Gilbert and Sullivan right now,” Biggs said. “The music is quite unique, and you don’t hear it done quite as often. Once you hear it, you come away with a great respect for what they did and for the amount of work they turned out, and their use of language is phenomenal.”

“A Very English Evening with Gilbert and Sullivan” will take place on Saturday, March 23, at 6 p.m. in the St. Mark’s Parish Hall, with a buffet inspired by Victorian Britain to be catered by Kimble’s.

Seating will be limited, so reservations are encouraged. Tickets cost $45, include the show, meal and drinks, and can be purchased at Choralsocietyofwetgeorgia.org or by calling (706) 882-2734.