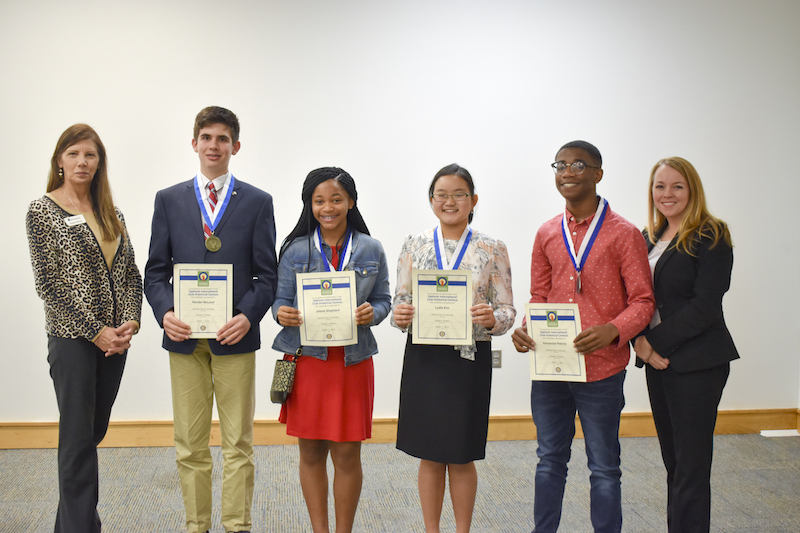 This year’s topic was, “Is there a fine line between optimism and reality?” Lydia Kim and Render McLeod of Gardner Newman Middle School won the competition on Monday and will proceed to the zone level competition. If either student wins the zone competition, they will move onto the district level where they will have a chance of winning a scholarship. The winner of the district competition will move onto the Regional/World Championship where more than $150,000 in college scholarships funded by the Optimist International Foundations will be awarded.

“The contest is designed for youth to gain experience in public speaking, self-expression and self-assurance, also to improve communication skills and to provide them with the opportunity to compete for college scholarships,” said Natalie Phillips, Optimist Oratorical Contest Chair. “Funding for the contest is provided by our members here today as well as members from Optimists International Foundation and the Canadian Children’s Optimist Foundation.”

McLeod and Kim had already won the contest at their school, and Kenzavion Patrick and Jalana Shephard, Long Cane Middle School’s winners, gave them strong competition.

“We hope that we have one or two of our children here today go all the way and receive that big money,” Phillips said.

The Optimist Club of LaGrange meets on Mondays at noon in the Mike Daniel Recreation Center.