Duracell named Manufacturer of the Year 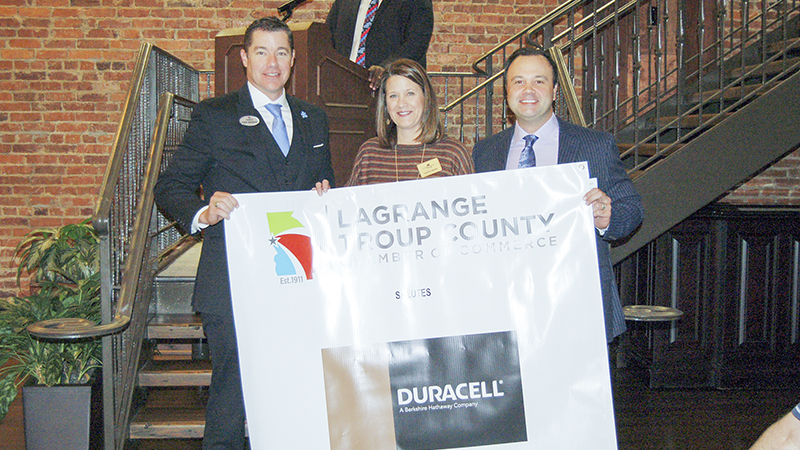 For the third time in as many years, Duracell has been named Troup County’s Manufacturer of the Year by the LaGrange-Troup County Chamber of Commerce and was announced as such during Tuesday morning’s Early Bird Breakfast.

“Our winner has been an employer of choice in Troup County for 39 years,” said Jamey Jackson, Chamber Co-Vice Chair for Talent & Workforce Development. “Despite heavy competition from global competitors, volume is expected to increase 30 percent this year over last year. With an economic impact of $172 million to our local economy, this company not only provides generous monetary contributions to local nonprofits and schools but also requires employees to volunteer their time to local schools and nonprofit organizations.”

Duracell has won the Manufacturer of the Year award five times in total dating back to 2010, sharing the honors with other companies on three occasions and winning the award outright twice.

“We really did not know about this,” said Duracell representative Laurie James, speaking on behalf of the company. “We are honored to be recognized again, are pleased to serve this area and are excited about our role in workforce development.”