45 BC – Rome – Julius Caesar had just assumed power after crossing the River Rubicon and fighting his way from northern Italy to the capital. As he settled in as the new leader of the Republic, he became alarmed over the level of corruption and sense of entitlement that plagued the Roman Senate.

During this time, Caesar allowed another man to gain power. Brutus was a mediocre general, but close friend of Caesar’s who rose in the ranks to become one of the most powerful men in Rome. However, he would always remain in Caesar’s shadow.

Brutus had a friend, Cassius, that hated Julius Caesar with great passion. The main thrust of his hatred came from being passed over for several high-level positions.

Cassius became obsessed with killing the leader of the Republic. But, he knew that he had to persuade someone Caesar trusted to go along with a conspiracy of murder. Brutus was the perfect candidate.

On March 15, Caesar was scheduled to appear before the Senate. However, after the oracle warned Caesar of the Ides of March, the day on the Roman calendar that corresponds to March 15 and was marked by several religious observances, he canceled his appearance. But, he changed his mind after Brutus said the senators would look at him as weak if he didn’t attend. As the 15th drew closer, Brutus and Cassius recruited approximately 60 men to join them. They decided to kill Caesar in the Senate Chamber. They felt it would be the safest place since no weapons were allowed in the Senate.

Once the meeting was underway, Caesar, was approached by the hard drinking and hard fighting Tillius Cimber. Cimber disrespected Caesar by coming up to him with his hands out instead of keeping them humbly beneath his toga.

Pulling down Caesar’s toga was the signal to start the attack. Within seconds, the most powerful man in the world was engulfed by knife wielding senators thrusting their blades into his body.  Just before he died, Caesar looked at one of his assassins and said, “Et tu, Brute?” This translates into “And you, Brutus?”

This famous event in history has several versions. But, the message provided a foundational principle for western civilization that still holds true today:

1. Deceit, disloyalty and betrayal are the worst character defects a person can possess;

2. Those who embrace these defects will oftentimes face consequences; and

3. Allowing these defects to flourish can have a widespread negative effect on others. 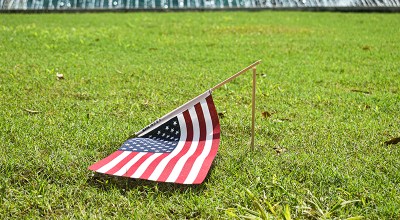 OUR VIEW: Traveling? Be careful, leave early and expect traffic

The importance of Sunshine Week