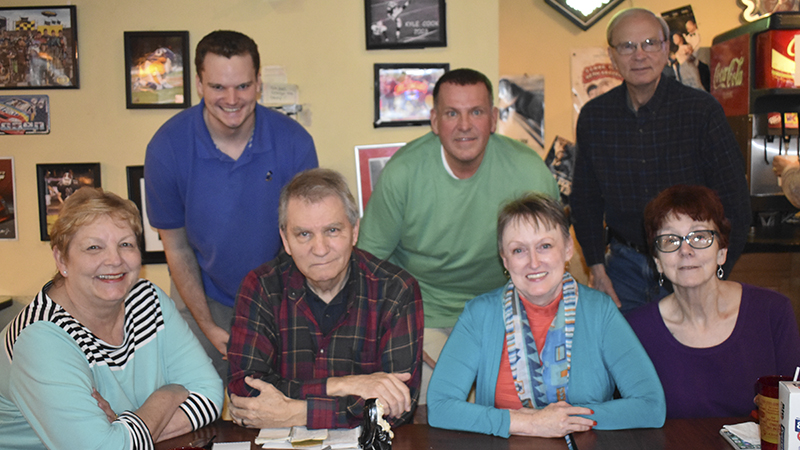 Thursday evening held a special place in the hearts of those eating dinner and enjoying an adult beverage at Mighty Joe’s Pizza Inc., as it signified the final trivia night of the restaurant’s career, ending a storied, near-decade long weekly run.

The restaurant officially closed its doors on Friday, and will soon reopen as the LaGrange location of the popular Hogansville pizza establishment, Karvelas Pizza Company.

Thursday night trivia began in approximately 2010, according to Mighty Joes’ owner Laurie Cook, at which time she was approached by a third-party company that offered to run a trivia night for the restaurant. From the first outing to the last, trivia night was a hit.

“I wanted to meet the people of LaGrange,” Cook said. “A group came in and asked me if they could do it here. They said it was big. It’s been busy ever since.”

One of the trivia teams that has regularly made its way to Mighty Joe’s over the years is the Crazy Catholics, which have some, but few actual Catholics in its ranks. The team is an assortment of mutual friends and acquaintances that have grown close over the years through weekly trivia outings. For those members, the Mighty Joe’s trivia nights have allowed for an opportunity to foster community.

“We play trivia at different places,” said Crazy Catholic team member Dan Baker. “It’s like a big family reunion. We get to see people we don’t get to see at any other time or any other place. You see people come and go. At one of these tables, we’ve seen all of their children be born, the oldest is about 9. We’ve had people pass away. It’s like a family reunion without the fist fights.”

The camaraderie has been enjoyable, as has the chance to compete for some members.

“I enjoy interacting with these guys, it’s been a good way to do that.” said Richard Bryant. “The competition also, getting a chance to compete in something is great.”

Bryant’s son, Tony, who was also in attendance for the final trivia night, grew up playing with the team. Now a Georgia Tech graduate and a data analytics consultant living in Atlanta, Tony Bryant returns to LaGrange and to the team when possible.

“When he graduated and left, we were distraught,” joked team member Debby Baker.

In between serving pizzas, Cook had a moment to look out over the growing crowd on Thursday night and speak to the fulfillment she felt for what trivia night at her restaurant had come to mean for so many.

“This feels good,” Cook said. “I’m not able to go out and talk to everyone like I want to, but before the end of the night, I’ll give them a yee-haw.”

Other consistent teams that have made Thursday night trivia a staple have taken on monikers such as You Can’t Stop a Toyota, Slaying this Trivia and Sunshine and the Shemiracles.

When asked whether or not continuing trivia would be a good idea for Karvelas in the future, Cook had a simple answer.

“I told them if they want to fill up on Thursdays, do trivia,” she said.