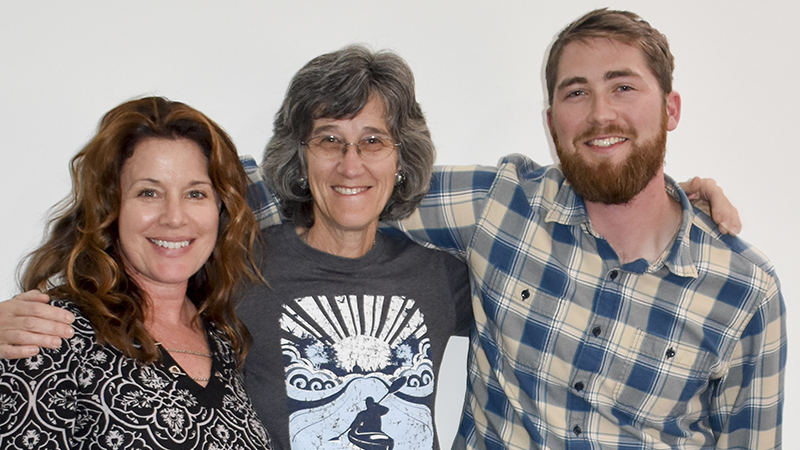 On Thursday, a small crowd gathered in the chapel at Pure Life to watch a series of documentaries on the Chattahoochee River and water.

Film Night at the Chapel benefited the Chattahoochee Riverkeeper while bringing awareness to the very issues that the organization seeks to address. Chattahoochee Riverkeeper is an environmental education and advocacy organization dedicated to the protection of the Chattahoochee River, its lakes, tributaries and the people who rely on the river. And while the group is best known locally for its educational cruises aboard the Miss Sally, the organization as a whole has removed nearly 900 tons of trash from the watershed, halted billions of gallons of raw sewage from entering the river and stopped approximately 32 million gallons of polluted industrial runoff from entering the river since its creation in 1994. Troup County, which uses water from the river for recreation, energy and water, has benefited from those efforts, making the theme well-suited for a local venue.

“I am a huge proponent of fresh water and our waterways,” Pure Life Owner Maggie McDonald said with a laugh. “Henry [Jacobs] and I have been friends for about four or five years now, and I feel that our values have been aligned as far as clean water and the things that we enjoy about the lake.”

Two short films have previously been shown at Pure Life for The Fall Line Blues Project in December 2018, but showings of independent documentaries are still relatively rare in the area.

“It has to be a passionate crowd, McDonald said. “It is definitely a passion. If we could get these films taking off in the area, I would be quite pleased.”

Jacobs, the Chattahoochee Riverkeeper’s middle Chattahoochee director, took part in the filming of several of the documentaries, and he said he hoped the audience had found enjoyment and inspiration in the films.

“It is eight different short films produced by different people, [with] the Chattahoochee River or water being the theme of the evening and the films,” Jacobs said. “Really just the neighborhood style [of the event] brings people together, watch about an hour of entertaining, funny, thought-provoking films, and then hopefully, it either encourages people to get involved, volunteering with Riverkeeper, or other groups in the area. Also, hopefully it will encourage any filmmakers in the room tonight to want to go out and know that they have a place to show their work locally.”

Jacobs said that he was most excited to see a short film about Butch Anthony, an artist who lives on the Chattahoochee River who helped create and sail a floating gallery of found items down the Chattahoochee and Apalachicola rivers.

“It harks back to the storytelling of a Mark Twain-esque riverboat adventure,” Jacobs said. “It is nice to see that can still take place, even today.”

The fact that recreation is possible is partially due to improvements advocated by Chattahoochee Riverkeeper.

“It is not perfect, but it is 80 percent better than it was when I first moved to LaGrange 25 years ago,” said Laura Breyfogle, Chattahoochee Riverkeeper’s West Point Lake classroom program coordinator and instructor. “West Point Lake and the Chattahoochee River are not anything to be afraid [of] to get into and onto. It is so much cleaner. That is what I want everybody to know. It is a place you want to go, and you want to recreate, and you want to take your kids there. It is safe and beautiful and a treasure that we all need to try to take advantage of.”

To learn more about the Chattahoochee Riverkeeper, visit Chattahoochee.org. To find out about upcoming events at Pure Life Studios, visit Purelifelagrange.com.