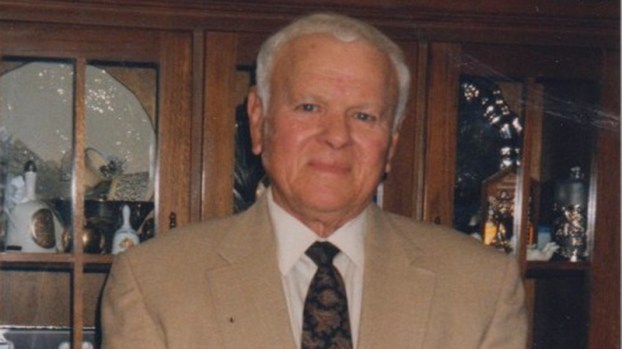 Mr. Billy N. Pope, 91, of LaGrange passed away Sunday, March 24, 2019, at his home surrounded by his family. Mr. Pope was born March 15, 1928, in Carrollton, Georgia, the son of the late Oscar (Doc) and Mrs. Tommie Kate Phillips Pope. Billy was a 1947 graduate of LaGrange High School where he participated in softball, track and captain on the football team. After high school Billy proudly served his country in the United States Marine Corp (Korean Conflict) from 1948-1953 obtaining the rank of SGT.

Billy was a faithful member of East LaGrange Baptist Church for 72 years where he served as church treasurer for 54 years and choir director. During his working career,  he retired from SunTrust Bank where he transitioned from a long tenure as Loan Officer at People’s Bank from 1971-1991. After his retirement he served as a bailiff in the Troup County Courthouse. He enjoyed playing dominos on Monday nights with Herbert, Dave and Chris. He was a faithful member of the coffee club that met at McDonald’s on Commerce Avenue. He was a member of Charles Waller detachment 1040 Marine Corp League (LaGrange, Georgia) and always said, “Once a Marine always a Marine”

Billy loved the Brown sibling as his own: M.S., Danny, David and Velvie Brown Foulks of LaGrange Georgia.

Funeral services for Mr. Billy N. Pope will be held at 2 p.m. Wednesday March 27, 2019, from the East LaGrange Baptist Church with the Reverend’s Alan Smith, Bobby Robinson and Max McCord officiating. The family will receive friends at the Hunter-Allen-Myhand Funeral Home (Tuesday) evening from 5 p.m. to 7 p.m. Interment in Hillview East Cemetery with military honors accorded. Flowers will be accepted but those so desiring may make contributions to the East LaGrange Baptist Church or Wellstar West Georgia Hospice in Memory of Mr. Pope