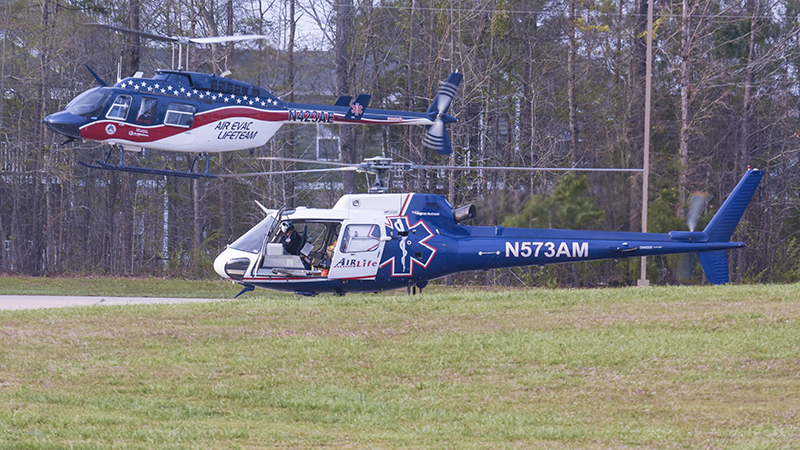 Five people, including three minors, were life-flighted to area hospitals after a head-on collision Friday night on Hogansville Road, just past Laura Drive. 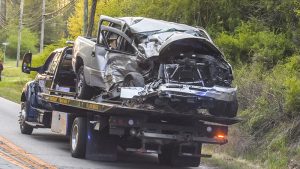 According to Trooper Kenneth Wilkerson with Georgia State Patrol, a GMC Yukon carrying a trailer headed westbound on Georgia Highway 14, or Hogansville Road, and a GMC Sierra headed eastbound hit head-on. Wilkerson said it appeared one of the vehicles crossed the center line, although that was still under investigation.

All of the occupants in the crash were taken from the scene by helicopter, Wilkerson said. As of Friday night, none of the ages or identities of anyone in the crash had been released.

Wilkerson said four of the occupants were in one vehicle, while the other vehicle had only a single occupant. 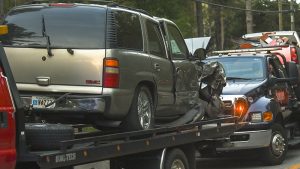 “The identities and where everybody was, who was assigned to each vehicle, is still under investigation due to the very, very serious nature of the injuries,” Wilkerson said.

Five life-flight helicopters flew out from Trinity On the Hill United Methodist Church, which is on the corner of Hogansville Road and South Davis Road. Ambulances, fire trucks and other emergency vehicles were also on the scene. The three minors and the driver of the vehicle they were in have been flown to Atlanta for treatment.

The other driver was flown Columbus.

Traffic was stopped on Hogansville Road at the South Davis Road intersection, forcing drivers to go another direction for hours.

Over 200 benefit from Criminal Restriction Day