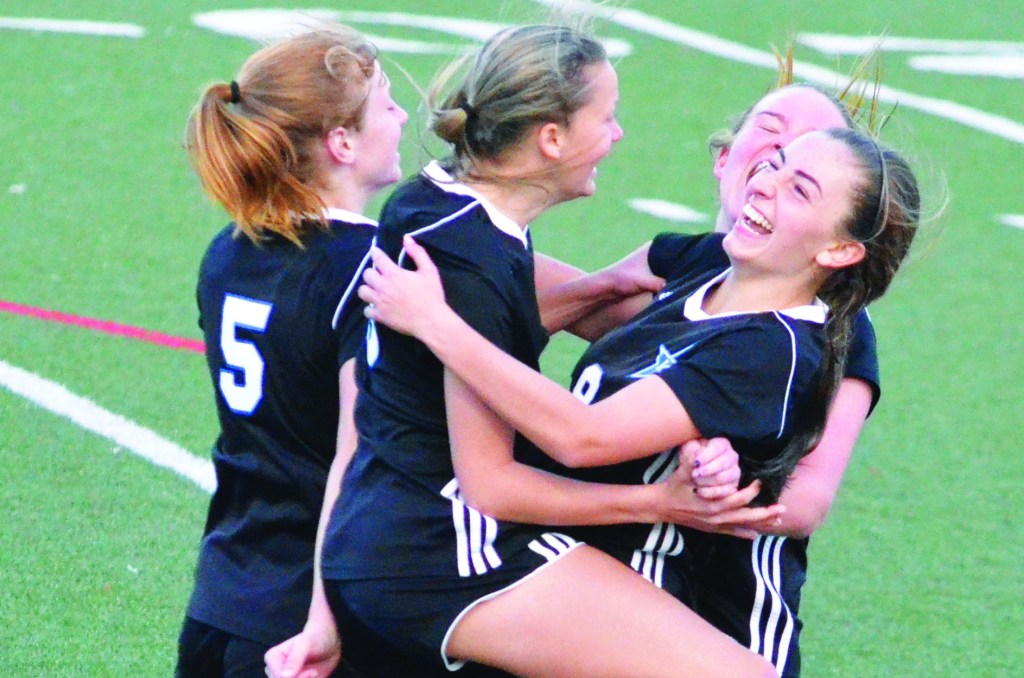 With their hopes for a three-peat on the line, the LaGrange Lady Grangers came through like champs.

After falling behind by a goal moments into a 15-minute overtime period, LaGrange’s girls’ soccer team showed the sort of grit and determination that has helped it win two consecutive region championships.

After Caroline Thompson converted the tying goal, Sydney Ormsby came through with the go-ahead goal barely a minute later, and LaGrange held on for a thrilling 3-2 victory over a formidable Cartersville team at Callaway Stadium on Thursday night.

The Lady Grangers improved to 5-0 in the region, and while they haven’t wrapped up a third straight title, they took a monumental leap toward making that a reality.

LaGrange closes its region schedule on April 12 against Sandy Creek, which has lost one region game.

Trailing 1-0, LaGrange tied it 30 seconds into the half on a goal by Thompson, and it remained deadlocked for the rest of regulation.

Less than 20 seconds into overtime, Cartersville broke the tie with a goal, putting LaGrange in a 2-1 hole, but there was plenty of time remaining.

“We’re thinking if we give up now, we’re definitely going to lose,” Thompson said. “And if we lose tonight, the region is out the window. And that’s what we’re going for, a third region title in a row.”

With 12:51 left in overtime, Thompson provided the equalizing goal when she slipped the ball past the goal keeper.

The Lady Grangers kept attacking, and with 11:28 to play, Ormsby beat her defender and knocked the ball into the net for the go-ahead goal.

“It felt so awesome when Sydney scored that last goal,” Thompson said.

For her part, Ormsby didn’t waste any time when she received the pass.

“You get the ball, take a shot, and hope it goes in,” said Ormsby, who also had two assists on the night. “That’s what I did.”

From there, it was all about keeping Cartersville from getting the break-even goal, and LaGrange was up to the challenge.

Sophomore goal keeper Rachel Harry made some critical saves, and she was backed up by defensive players Emma Mathews, Olivia Sato and Maddie McPeters who all played excellent games according Ross.

Cartersville put up a fight, but in the end it was LaGrange celebrating a massive region victory.

Troup looks for sweep of Cartersville