‘He’s Alive’ to be performed this weekend 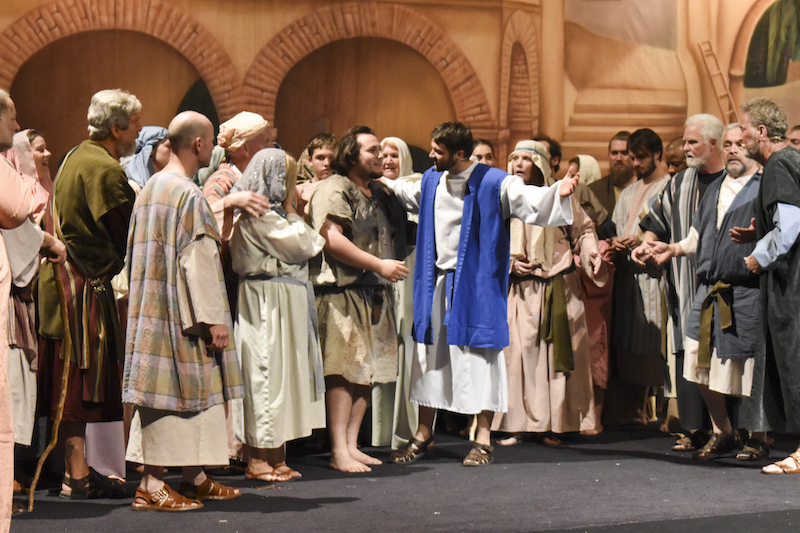 A local Holy Week tradition will continue for another year beginning on Friday, when members of Faith Baptist Church perform “He’s Alive.”

The play centers around Jesus’ final days on earth and has been performed on and off at Faith Baptist Church since the early nineties. “He’s Alive” is free to attend, and the church considers the annual event an opportunity to reach out to the community.

“For me, as the pastor of the church, my favorite part is at the end of it when we get an opportunity to offer an invitation to tell people about Christ when they’ve just seen the price that was paid,” Pastor Donald Yancey said.

“The mission of the church is to reach the lost and to disciple and save,” Yancey said. “Any ministry that doesn’t do those is not an effective ministry of the church. This one does a very good job of both. It certainly reaches the lost. We see a lot of souls saved, but we see more lives changed than just souls saved. If you get to sit through… you’ll see the process of the whole play. It takes the life of a Christian, and it reminds them. It lets you see the reality of the price that Christ paid.”

Church members taking part in the performance said that it brings home that cost to them.

“[My favorite part is] when they bring him off the cross,” said Robby Scott, who plays Judas. “That part with… the soldiers when they take him off the cross and lower him down, to me that is the most heartfelt [part] of the whole production. Because at that time right there, you know that either being in the play or watching it out here [in the audience] the story is still being told.”

Scott said that he has been a member of Faith Baptist Church since 2005, and this year will be his second year performing in the play.

More than 260 performers take part in the play, which costs roughly $50,000-$60,000 to perform each year, due to the cost of set building and other expenses. For the church, the cost is justified by the people reached and the impact that the production has on church members.

“He’s Alive is a revival for us,” Yancey said. “We started practicing the second week of January, so we’ve been here all day every day for three and a half months now on Sundays. It is only a revival if you are revived. A revival isn’t a gathering. A revival is an actual changing of people. Being a part of ‘He’s Alive’ actually changes us. It changes our prayer life. It changes our dedication to serve, and we feel like it does as much for us as individuals and as much for us as a church as it does anybody in the community.”

Church members said they hope the performance will be a blessing to the people who see it.

“You’ll be blessed. I can tell you that,” said Matt Bishop, who plays Jesus. “It takes a lot of hard work from a lot of hard-working people. It is looking to the Lord for guidance. We do what He wants us to do, and after that, just let him take control. They’ll be blessed.”

“He’s Alive” will be performed at Faith Baptist Church at 522 Hammett Road in LaGrange on April 12, 13, 19 and 20. The doors open at 6 p.m. The play begins at 7 p.m. There is no cost to attend. For more information, visit Faithlagrange.com.