One person dies in house fire on Cherry Street 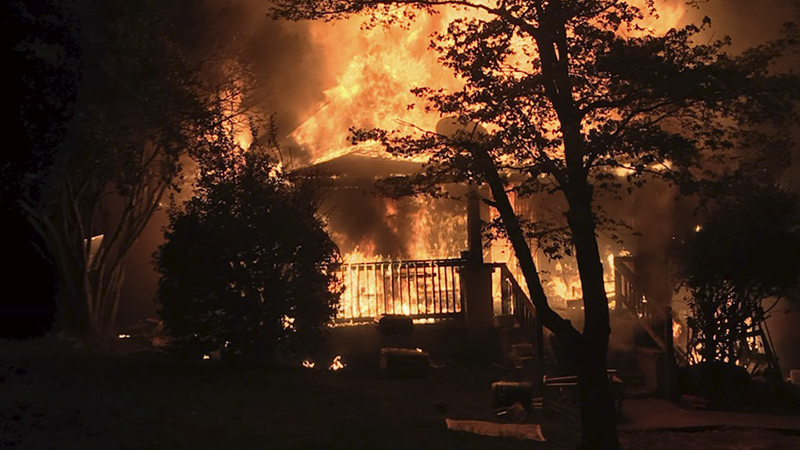 One person died in a house fire at 313 Cherry Street on Friday morning.

According to a press release from the LaGrange Fire Department, the LFD responded to the fire at 12:36 a.m. The fire was already fully involved upon the LFD’s arrival.

Dispatch advised responding units that there were possibly two occupants still in the structure. According to the press release, one of the missing occupants made it out of the structure. Lt. Phillip Rice said that victim suffered an abrasion to the hand.  Firefighters were able to locate the body of the other occupant inside the structure.

Due to intense heat and a partial collapse of the structure, firefighters used a defensive attack to put out the fire. It was called under control at 2:28 a.m.

The cause is still under investigation by the LaGrange Fire and Police Departments.

Friday’s fire was the first fire death the LFD has worked since a fire on Duston Street in July 2017.