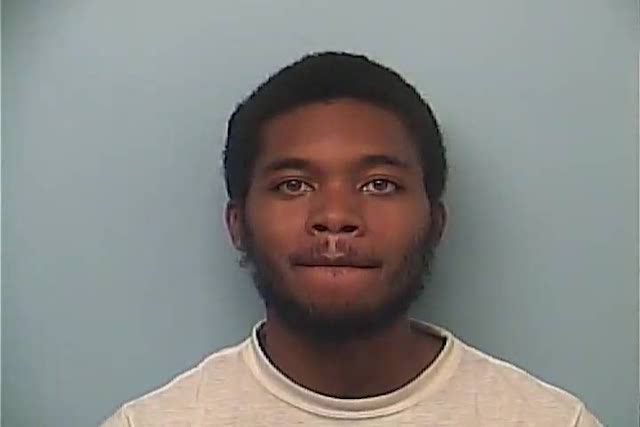 An arrest warrant has been issued for Richard Alford, shown here from a mugshot in 2017, for making terroristic threats against the LPD.

The LaGrange Police Department has issued an arrest warrant for Richard Alford, 23, for making terroristic threats to the department. Alford, who LPD Detective Brian Brown said has ties to the community, called The LaGrange Daily News office at approximately 5:30 p.m. ET on Thursday, making threats against the department.

“I’m fixing to blow up the police department, and I’m fixing to kill all y’all’s police. My name is Richard Alford,” Alford said in the recording left at the LDN office.

The LaGrange Daily News communicated with the LPD early Friday morning, and by Friday afternoon a warrant had been issued for Alford’s arrest, who called the LDN office from a phone number associated with himself.

“He is what I’d consider local to the geographic area,” Brown said. “This guy has done this to us in the past.”

Alford was arrested by the LaGrange Police Department in March 2017 on charges of terroristic threats, as well as charges of participation in a criminal street gang. In that instance, he reached out to the LPD directly, Brown said, instead of using an intermediary. He was released in July 2018.

As of Friday, Alford was believed to have been in Florida.

“We believe someone had contact with him about two days ago,” Brown said.

Alford has also been arrested inside Troup County for simple assault and theft by shoplifting, with those arrests coming in 2014 and 2016, respectively, according to Troup County Jail reports.