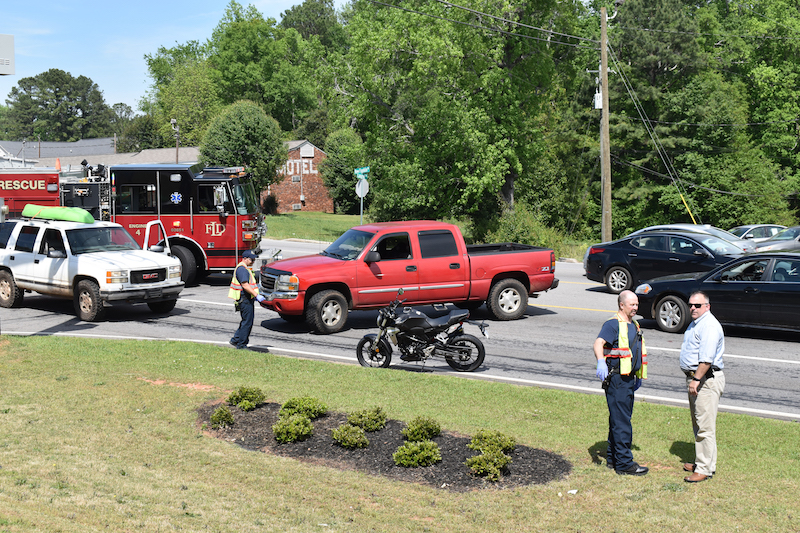 A motorcycle and another car were involved in an accident on New Franklin Road Wednesday afternoon, which did not lead to critical injuries. - Alicia B. Hill

LaGRANGE – An 18-year-old motorcyclist received non-critical injuries in a collision with a car on New Franklin Road on Wednesday afternoon.

According to LaGrange Police Department officers on the scene, it was unclear who was at fault in the accident, but there were plans to interview more possible witnesses and the motorcycle driver who was transported to Columbus for medical treatment.

“According to the witness, he [motorcyclist] came out of Walmart, turned right, was on the inside lane and was going roughly 40 mph. I don’t know whether he came up on [the driver of the car] or was coming around to get around her,” Cpl. Wesley Engle said. “I’ll have to talk to him.”

Engle said it was unclear what caused the collision, but the damage to the car and motorcycle clearly indicated that it had occurred in the inside lane.

The motorcyclist was transported to Columbus to receive treatment for a possible head injury and road rash, but he was conscious and able to speak following the accident, according to his father who arrived shortly after the accident occurred.

The had recently completed a motorcycle safety course, per his father.