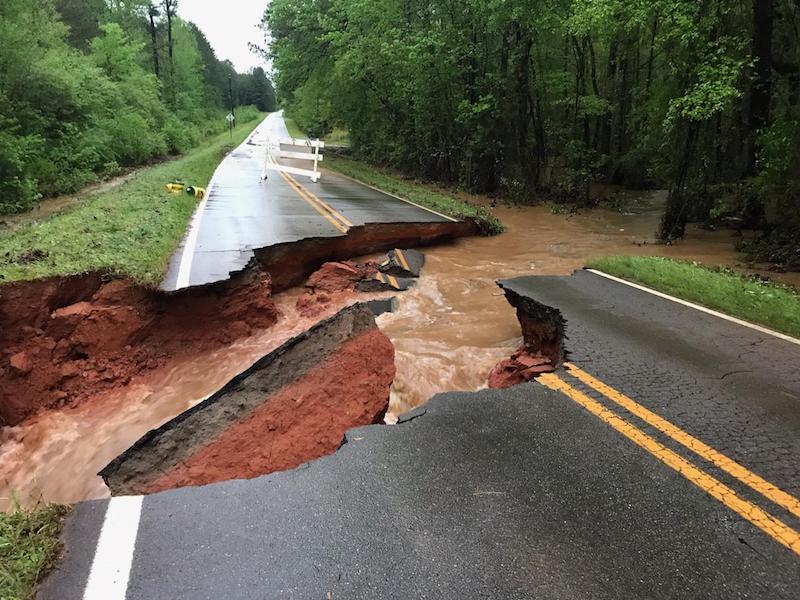 Wright Road was damaged and had been washed in the April 2019 flood.

Overnight storms Thursday night and into Friday morning produced heavy rain and have directly resulted in two roads inside Troup County becoming washed out, another seeing significant flooding and a host of additional roads becoming at risk of flooding or worse.

Troup County Sheriff’s Office Sgt. Stewart Smith said this type of event happens every few years when a torrent of rain comes through the area.

“This happens once every couple of years, just depending on what type of rain event we get, it’s not uncommon for this to happen,” Smith said.

Roads can become washed out during significant rain and subsequent flooding when running water penetrates the ground underneath a road, causing the foundation to become compromised.

Portions of roadways along Wright Road and Bill Taylor Road were completely washed out and were impassable until further notice. The county urged the public to find an alternate route in those areas.

Many other roads were closed for part of the day due to flooding.

The Troup County School System remained open for a normal operating schedule. Parents were advised by a Facebook post that students who were late or absent Friday and were supposed to be testing would be able to make up the test either Friday afternoon or next week. Parents were asked to check with the school building administrator to confirm the actual time/date.