Community event goes on despite rain 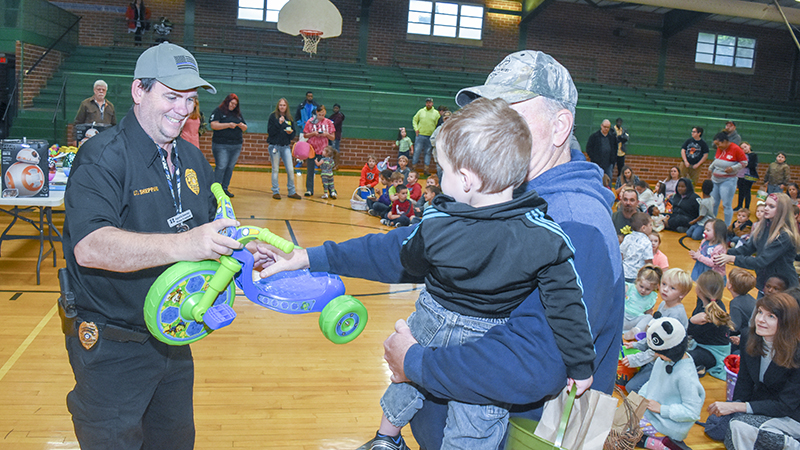 The weather didn’t cooperate Saturday morning, but that didn’t stop the Hogansville Police Department from coming up with a plan B for its annual Easter egg hunt.

With the field at Hogansville Elementary School filled with water and mud, it would’ve been easy to cancel it and hope for better weather next year. However, that was never really discussed.

“It’s important for the kids. It allows the police department, the city and the schools to work together,” said Hogansville Police Chief Brian Harr. “It’s important for everybody in the community to see we are a little bit different here. We care about the community. We care about the families, and we are going to do everything we can to make sure these kids have a good Easter.”

There technically wasn’t a hunt for eggs, but police officers filled baskets with chocolate and other items. Each of the 50 or 60 kids there also had their name put into several drawings for the chance to win prizes.

Some of the biggest prices included remote control Star Wars robots, big wheel tricycles and many other items.

This was the eleventh year that the HPD has held the event, and Harr said it’s probably the first time it’s ever been rained out. Several inches of rain fell Friday.

The event not only brought together the Hogansville community, but also allowed police officers a chance to give back to the citizens they serve.