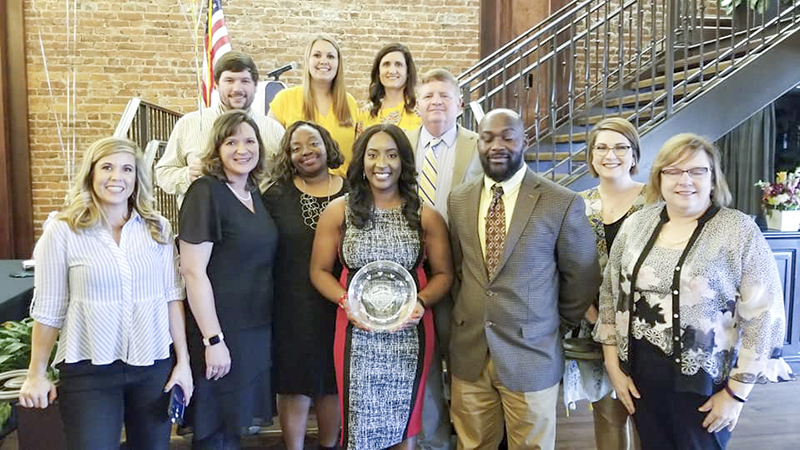 It’s been quite a month for Long Cane Middle School teacher Traviera Sewell.

Sewell was named the Troup County School System’s teacher of the year in March, and on Wednesday it was announced that she won a free cruise for two from Norwegian Cruise Line.

The cruise line announced the winners of its Giving Joy campaign on Wednesday, and Sewell, a fourth-year social studies teacher at TCSS, was selected. A press release from Norwegian said the 30 winners were chosen based on their inspiring stories and the outstanding work they’ve done in the classroom to celebrate and educate students on the joy of travel and education.

“March was such an amazing month for me,” Sewell said. “I did not expect to be named Troup County Teacher of the Year and was thrilled when I was named the winner. The following day, I received news that I had been nominated to win a free cruise for teachers through the Norwegian Cruise Line. I was notified recently that I was a winner, and would be receiving the free cruise awarded to 30 teachers throughout the United States and Canada.”

The winners were rewarded with a seven-day cruise for two and accommodations and airfare to attend the award ceremony taking place in Seattle on May 3, 2019, where three grand prize winners will win $10,000, $15,000 or $25,000 toward their respective schools.

The vote was held from March 12 to April 12 and the cruise line received nominations from people all over the world. According to Norwegian, there were over 2 million votes cast and 12,000 nominations.

“I am grateful to have been supported by the Troup County School System, my administrators, fellow teachers and coworkers, family and friends, students and their families, and all of the support received from Troup County and the surrounding areas.” Sewell said. “Thanks for your vote. I am very humbled and excited to be accepting this award at the Norwegian Cruise Line Gala on May 3, all the way in Seattle, Washington. I look forward to representing Troup County when I attend the award ceremony.”