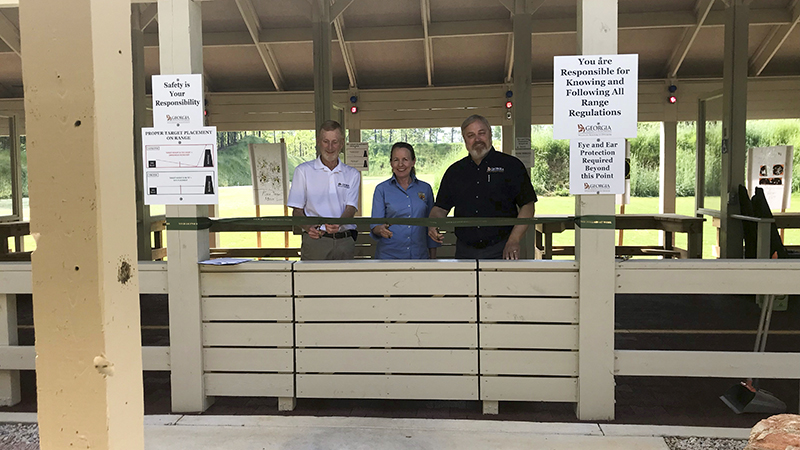 A recently renovated shooting range at West Point Wildlife Management Area, located near LaGrange, officially re-opened Monday to shooting enthusiasts interested in working on their target skills.  It is one of more than 40 archery and shooting ranges currently available on public land in Georgia.

The renovation work was extensive and took eight months to complete. Some of the improvements made include a new firing line cover with an increase in shooting benches, including:

This range will serve as a resource for area shooting enthusiasts. Range Safety Officers (RSOs) are on site to assist and ensure safe operations for all users. Users need to bring their own gear.

The renovation work done at the range was made possible by hunters and shooters. The Wildlife Restoration Program, which funded a large portion of this project, is a federal program funded by hunters and shooters through excise taxes on the equipment they purchase and use, such as firearms, ammunition and archery equipment. Money from the sale of hunting licenses also were an important source of funding for this project.

For more information on ranges available in Georgia, visit Georgiawildlife.com/AllRanges.