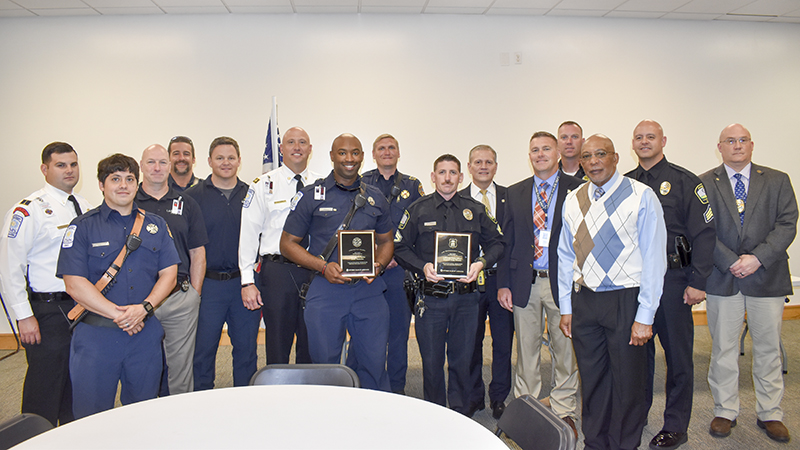 On Monday, the Optimist Club of LaGrange recognized the LaGrange Officer and Fire Fighter of the Year during its regular meeting at the Mike Daniel Recreation Center.

During the event, LaGrange Firefighter Justin Robinson and LaGrange Police Department’s Cpl. Craig Wheeler were honored for their contributions to the community, and their superiors spoke on how the honorees impact both the community and the departments where they work. 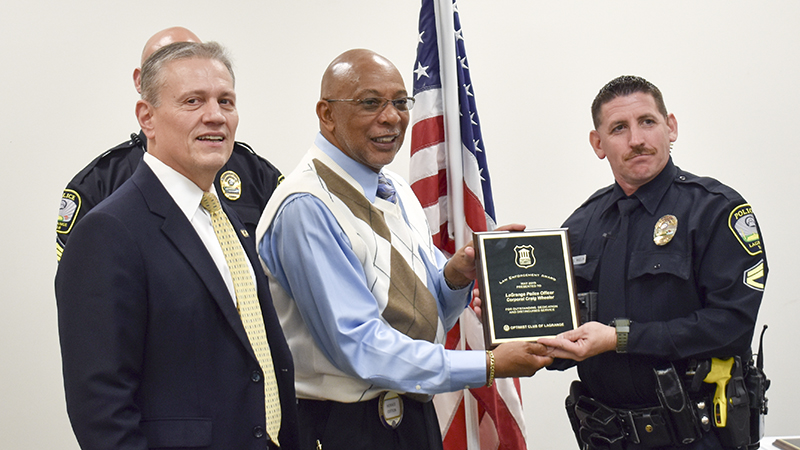 According to Sgt. Chris Prichett, more than just officers in training are regularly inspired by Wheeler.

“Cpl. Wheeler starts his day every morning between 4:30 and 5 [a.m.] with a workout. By doing this he has motivated other officers to join him at the gym or on the track to get a workout in,” Sgt. Chris Pritchett said. “Throughout the course of any given day, he is my right hand. I can call on him to handle anything, and he does so without complaint. … The department as a whole counts on Cpl. Wheeler to do almost anything, even on a short notice. He may be instructing classes. He may be covering a shift or training a recruit officer. He does all of those again with a positive attitude.”

Wheeler thanked other members of the LPD, and credited his ability to receive the honor to department leadership.

“It is an honor to work at this department,” Wheeler said. “Seeing other departments around the country, I know our standards are probably the best and the highest, and I enjoy working here.”

Robinson has been with the LFD for 10 years, and LFD Chief John Brant said that Robinson lives and breathes the standards of the LFD, encouraging others to meet those standards as well.

“He has been an asset to the department throughout the whole time,” Brant said.

“His attitude is great. He is a physically fit individual. He is an outstanding firefighter, and you always see him [with] a smile on his face. His attitude is contagious to others.” 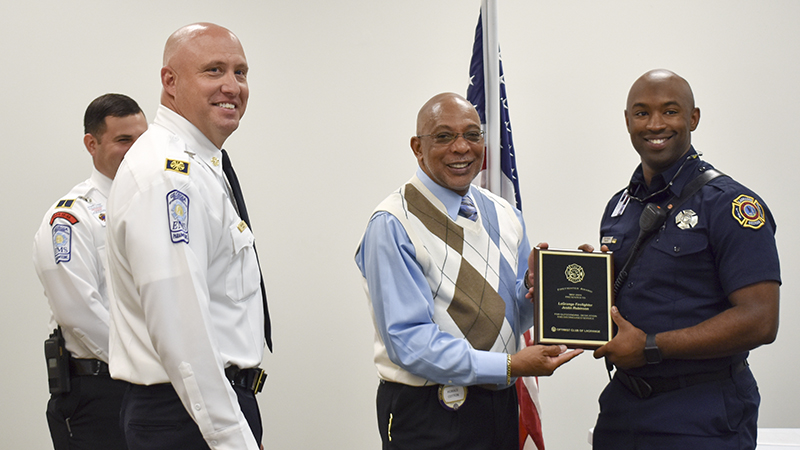 Meanwhile, Robinson said that he is the firefighter that he is today because of his father and leaders at LFD.

“With me growing up in the fire service — my dad is 29 years in, and he has taught me a lot on how to deal with this,” Robinson said. “I give him credit for what he has done for me.”

On Monday, May 20 at noon, the Optimist Club of LaGrange will honor Troup County law enforcement personnel.