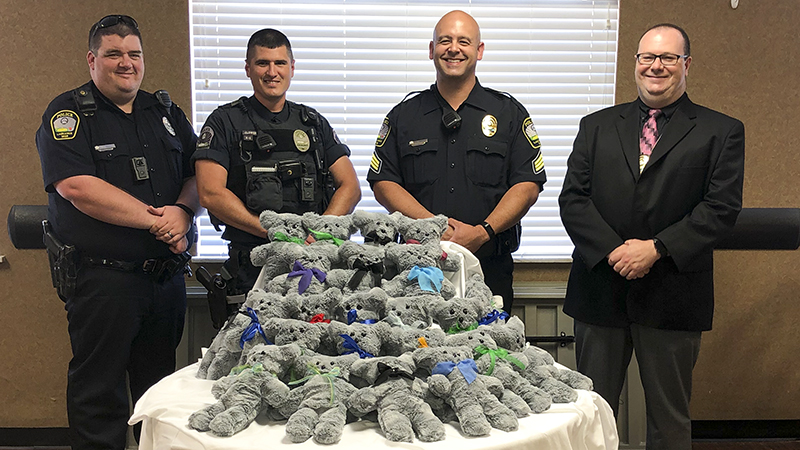 On Tuesday, residents at Twin Fountains donated 25 handmade “trauma bears” to the LaGrange Police Department, in order to provide comfort to local children in traumatic situations. The stuffed animals were chosen as a way for residents to give back to the community.

“Once a year, we pick something that we can give back to because that is a need of the seniors, to give back to the community,” said Andria Powell, activities coordinator at Twin Fountains Home. “They are always giving to us, so we always want to try to give back. We chose to do these bears because we felt it was dear to our hearts because we were helping the children too.”

Thelma Adkins sewed the 25 bears, and Twin Fountains residents stuffed them and finished putting them together. Powell said that residents were proud of the trauma bears that they made.

“They made them, and they stuffed them,” Powell said. “We had 25 bears that we gave to [the LPD]. We called them the trauma bears, and they are for children in trauma situations.”

According to Sgt. Chris Prichett, the bears will be distributed to LPD patrol officers and possibly detectives in hopes of breaking the ice on otherwise difficult conversations.

“I think the bear itself eases the transition of trying to talk to one of the children because we are police officers,” Prichett said. “People aren’t normally forthcoming with information, but this is a good ice breaker when we can approach the kids with it.”